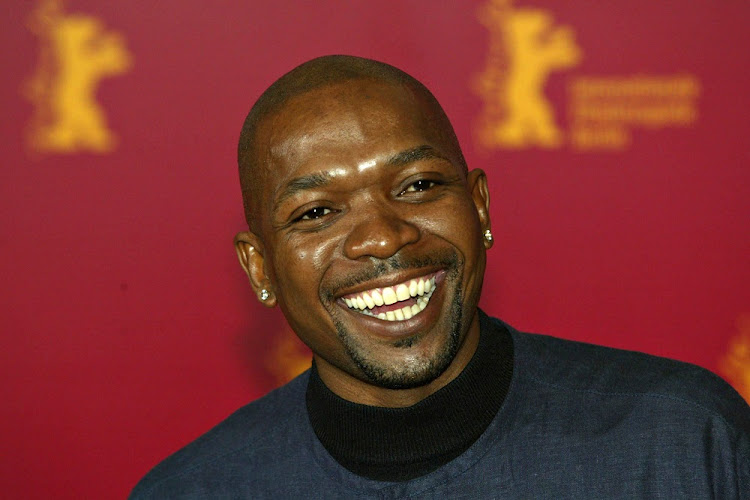 Menzi Ngubane is one of Mzansi's favourite actors. (Photo by Franziska Krug/Getty Images))

For many years, Menzi Ngubane has been a regular face on our TV screens.

Whether you know him as Cijimpi on Kwakhala Nyonini, Sibusiso Dlomo on Generations or Judas Ngwenya on Isibaya, the actor is undoubtedly no stranger to nailing every role he plays.

Continuing to grow from strength to strength, Ngubane is expected to start filming on the set of Mzansi Magic’s hit show, The Queen, in July.

Here are 7 things you might not have known about this industry giant.

1. He is straight from the kingdom

Ngubane was born in Ladysmith in KwaZulu Natal, which was previously known as the Kingdom of Zululand. The actor who was born 55 years ago, will turn 56 on September 4.

Although work brought him to the City of Gold, he still visits his place of birth on a regular basis as that is where his father continues to reside.

Ngubane's big break came back in 1987 when he showcased his talent in the local television series Kwakhala Nyonini,.

Since then, he has gone from strength to strength, amassing a number of major awards and nominations.

This year, the star celebrates 33 years in the acting industry and he continues to fully immerse himself in all his roles.

Following kidney failure, Ngubane was hospitalised for almost three weeks, and was subsequently put on dialysis from 2010 to 2015 while on a kidney transplant waiting list.

The actor, who has spoken openly about his journey, did eventually receive a transplant.

4. He has worked alongside Samuel L. Jackson

In 2004, Ngubane worked alongside Samuel L Jackson in the SA feature film In my Country . The film was based on the 1998 non-fiction novel Country Of My Skull by Antjie Krog.

In My Country is primarily about the findings of the South African Truth and Reconciliation Commission.

Ngubane has been blessed enough to see his father enjoy the gift of a long life.

In early March, his father turned a whopping 90 years old.

Ngubane and his wife decided to throw him a special red-and-black themed birthday party in Ladysmith.

The celebration was attended by close friends and family.

The programme is focused on the active mentoring of young boys, as well as addressing the impact caused by social ills, which are present in many communities.

Through the programme, Ngubane hopes to encourage young men to follow a healthy lifestyle.

Ngubane was once married, with the couple eventually calling it quits in 2013.

In 2018, he then married Sikelelo Sishuba in an elaborate Zulu affair.

We round up seven things you might not know about Rugby star Makazole Mapimpi.
S Mag
2 years ago

Cognac – what do you know about it? Here are seven things to help clear up a few things about this French spirit.
S Mag
2 years ago

Accomplished kwaito trio TKZee will be honoured at the 25th Sama Awards. We’ve gathered 7 things you might not have known about the group.
S Mag
2 years ago

Today marks the 41st anniversary of Steve Biko’s death. Although much has been written about him, you might not know these seven Biko facts.
S Mag
3 years ago
Next Article