'We were never meant to be in these ghettoes' 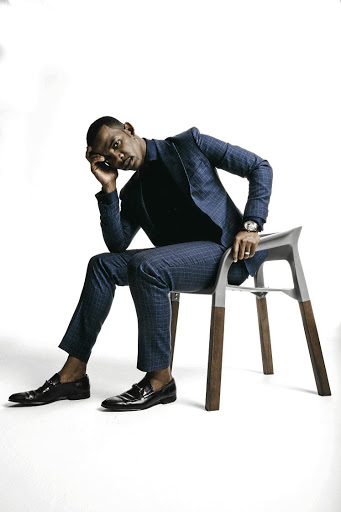 Zakes Bantwini considers moving out of the ghetto as his biggest achievement in his 40 years of life.

The music powerhouse - born Zakhele Madida - cites that the first 14 years of his life growing up in the apartheid era in KwaMashu, north of Durban, were the most challenging.

So, the first goal for himself and his family after hitting it big was to move out of the hood.

"There is this perception that we have that keeping it real is living in the township. But, we were never meant to be there. We actually just made lemonade out of lemons," Bantwini opines.

"The apartheid era gave us a bad area. Such a system in a way is panelbeating an African mind. So, to move away from that you are able to free your mind.

"I want anyone who is going to read this to understand that Sandton and La Lucia belong to them.

"There are so many systems put in place to make sure we don't move there, but when we eventually manage to, we have actually achieved. This is no insult to anyone in the township."

This year, Zakes Bantwini’s birthday came with extra cause for celebration.
S Mag
1 year ago

Despite his dislike for his early life in the township, Bantwini credits his "loving family" for helping him survive the violence and crime.

He was raised by both his parents and grandparents.

"My dad was not at home most of the time. Even though he was not very active in my upbringing, I knew that he was there and that was enough for me because other kids didn't even have a father figure," Bantwini remembers.

"I grew up in a period where there was a lot of political turmoil with ANC and IFP fighting. Between six and seven years old, I remember going to school and so many people were just being killed.

"I have a knife and gun[shot] wound. So, I had my fair share of township life. There was nothing positive we saw there. The only profession we knew of was teachers, bus drivers, clerks and nurses. The rest was a life of crime. The only positive life I saw was on TV."

Bantwini says he first knew around the age of 18/19 that he would make a name for himself. Throughout high school he was a pantsula, hip-hop and contemporary dancer - even winning some dance competitions across the country.

After high school, he auditioned for a casting call by a French company and landed a spot to tour Europe for six months as a dancer.

"That's the first time I saw the world. We were stationed in Paris. That's when I told myself this is the life I want to live," Bantwini recounts.

"But I knew I wouldn't be a dancer forever because my choreographer was very strict and he knocked the life of dance out of my system."

Upon his return to SA, Bantwini enrolled at DUT (formerly Technikon Natal) to study music and completed the course at UKZN.

"I never wanted to be a frontline musician. So, my big break came through my company. I wanted to be an executive, producer and songwriter," Bantwini says.

"So, I signed L'vovo under my label and licensed him under EMI. So, I had the biggest artist in SA at that time and I was still very young."

After years of signing countless artists and being dropped by them after they gained fame, Bantwini opted to release his solo music.

Bantwini released his debut album The Fake Book & Real Book: My Music Bible in 2013. The record yielded his smash hit Ghetto - a nod to his upbringing in KwaMashu - that turned him into a superstar overnight.

"I was happy by how South Africans received my music. But I was surprised that it came so early because I thought it will come much later," Bantwini recalls.

Having served as the executive head of A&R at Sony Music Africa since 2014, Bantwini is preparing for the new chapter in his illustrious music career.

He will be studying, from December, the business of entertainment, media and sports at Harvard University for a year.

Here's who added to their brood this year

Whuuu shem, this year was truly the year of "Siyamitisa" as said on social media.
Entertainment
2 years ago

Jessica Nkosi, Omuhle Gela & Thando Thabethe: see what your fave celebs got up to this weekend