Nandi Madida and KO say 'we do' to duet 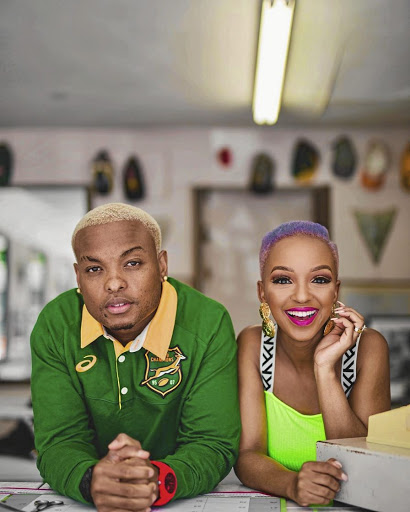 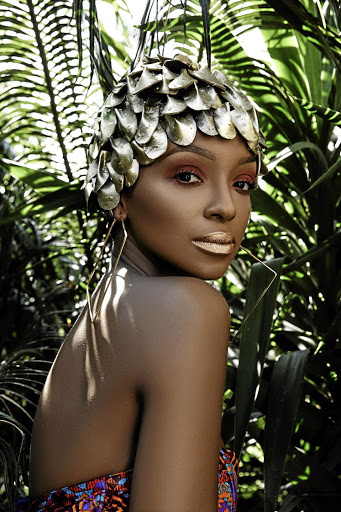 Singer Nandi Madida and rapper KO have reconnected on a new ballad, Say U Will, recreating the magic of its predecessor Skhanda Love.

It's been five years since the pair got us seeking "gangster love" with the mid-tempo groovy jam.

While the last time it took a lot of convincing from Madida's musician husband Zakes Bantwini to get her on board, this time it was the opposite.

"With music it's like taking a deep dive," says Madida.

"The first collaboration happened because my now husband was working at Sony and KO spoke to him that he wanted me on the track.

"I was sceptical because at the time KO had just dropped Cara Cara and changed the hip-hop game. I didn't want it to seem like I'm just trying to ride his wave."

Madida, a businesswoman, actress and TV presenter, thought the timing was perfect to give people a sequel.

"Everywhere I went people kept asking for part two. So I called KO on some 'dawg, people want a follow-up'," says Madida.

"So we listened because it's always about the people. We are so proud of it."

It took a year to record the song. When the 31-year-old beauty was in studio last year, she was also pregnant.

Nandi lit up the room

Shwa had a lovely brunch at the luxurious Munro Boutique Hotel for the launch of LUX’s new Even Tone campaign with her fellow sisters. Some girls ...
Shwashwi
3 years ago

Similar to Lauryn Hill when she recorded her masterpiece album, The Miseducation of Lauryn Hill, pregnancy had a renewal effect on Madida's creativity.

The reception for the end result has been positive, already shaking the top 10 of many music charts just under a month of release.

"We didn't just want something that was relevant now, but we wanted to create something that's beyond us even when we are no longer on this earth," she says.

"I see it as just bringing it back to the music. We took a chance because we are a dance culture," she says.

Madida didn't waste any time before getting back to work after giving birth. In fact, she worked until the last day of her pregnancy. She's also mother to two-year-old son Shaka.

"She is the most sweetest and peaceful. My son is more like me, very hyper," she says.

"Now that I'm done with babies, we will be travelling around the world," she laughs.

"I'm definitely done. If any other baby comes along just know that that one was a mistake."

Madida is also back on the small screen as host and judge of SABC3 reality competition The Next Brand Ambassador.

Everything coming up roses for Nandi Madida

Madida is keen to welcome her latest bundle of joy.
Entertainment
3 years ago

The show aims to alleviate the financial burden of three unemployed graduates by offering them a chance to work as part of Capitec's marketing team.

"We are in tough times; unemployment is real in SA.

"We are very hard on the kids because we need them to understand how the workplace is," she says.

"We are finding out why is it difficult for you to get in?

"You find that with a lot of youth there is a lot of entitlement.

"They just want to get to the top level without putting in the work," she says.

There is no slowing down Madida. She is finally ready to release a solo music project.

This month she unveiled a shoe and handbag collaboration with Aldo.

Next, she will launch a lifestyle App aimed at mothers.

Her fashion label Colour is set to drop another collection in October.

"You need to be in the right mindset where you are challenging yourself in a healthy way," she advises.

"Feeling under pressure builds a lot of anxiety and negative energy. But I do love doing better than I did before," says Madida.