Here's who added to their brood this year 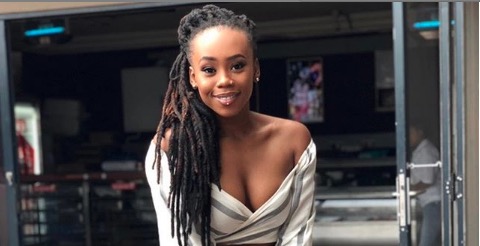 Whuuu shem, this year was truly the year of "Siyamitisa" as said on social media.

While celebs are known to keep some things on the down low - fans weren't expecting all the surprise pregnancies this year brought.

The year started off with a bang with Nandi Madida and Zakes Bantwini confirming that they were expecting their second child. The new addition to the Madida clan, Queen Nefertiti, made her debut on social media in September when Nandi shared an adorable snap of her at six months old.

Although she made the announcement late last year, Loot Love gave birth to adorable twin little girls earlier this year but only gave fans a glimpse of them in August.

She shared snaps from a studio shoot of the adorable pair dressed in cute gold and pink outfits and captioned it:

"Meet the loves of my Life, Zanothando & Sisizwe. (Hip & Hop to y’all...) The owners of my time, sleep, heart and bringers of the purest form of love I’ve ever known."

Meet the Loves of my Life, Zanothando & Sisizwe. (Hip & Hop to y’all...?) The owners of my time, sleep, heart & bringers of the purest form of love I’ve ever known. Shot by Uncle: @mothusimomolote #RuledByDrool #DressesByGranny #IsItEvenABabyShootIfTheyDontEatTheSet?

In July, actor Kay Sibiya revealed he was also set to join the daddy's club as he and his girlfriend Judie Sbahle Kama were about to welcome a baby boy, who was born a month later.

In August, TV personality Bontle Modiselle announced her pregnancy with hubby Priddy Ugly. The mama-to-be shook TL when she led a group of women at her dance class proving that one can still get down even being heavily preggies.

By Women, for Women! Thank you @yfm, @dumacollective and the team that made today possible, for bringing all women with different stories to come together to empower and inspire each other. To the ladies that came and gave their all, THANK YOU! So much energy, so much power, abundant love! Loved every moment of it! Here’s to many more....✊?❤️ #BontleBaAfrikaProductions #BontleBaAfrika

After getting hitched in February, songstress Mmatema Gavu announced in September that she was expecting a baby. She gave birth to her son in November.

In September,  Luyanda Mzazi returned to Generations: The Legacy after giving birth and has been thrown into a hectic storyline about teen pregnancy that challenged the actress.

The star plays the role of Lesedi, who was also pregnant on the show, and told TshisaLIVE that her character will soon have to face the dilemma of what to do with the baby.

She said it was a struggle that many women in South Africa know all too well.

Another celeb who took the nation by surprise in November was Bafana Bafana and Kaizer Chiefs player Itumeleng Khune. He may have confirmed that he and bae Sphelele Makhunga were going to be parents.

With the decade coming to a close, SA has seen some hot celebrity hook-ups and nasty break-ups.
Entertainment
2 years ago

Eat your hearts out gals, Itumeleng Khune is taken

Kaizer Chiefs goalkeeper Itumeleng Khune is seemingly off the market.
Entertainment
2 years ago

Sis says she dated Itu in the past.
Lifestyle
3 years ago
Next Article