Sizwe Dhlomo: The youth can run SA 'better than any administration we’ve ever had' 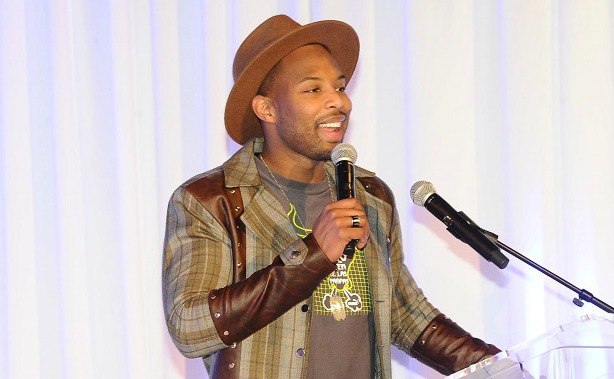 Sizwe Dhlomo thinks SA's youth can run the country better than any administration it has ever had.
Image: (Photo by Gallo Images / Frennie Shivambu)

Outspoken TV personality Sizwe Dhlomo thinks SA's youth can run the country better than any administration it has ever had.

Sizwe was voicing his opinion after rapper Cassper Nyovest took to Twitter to pose the question.

“Do you guys think young people can run the country?” asked the rapper.

In response, Sizwe said the youth had what it takes to run the country. However, according to him, not just any young people had the capacity.

“Not just any young people though ... that’s the point. We can’t just elect you because you’re young,” he added.

Better than any administration we’ve ever had! Not just any young people though... that’s the point. We can’t just elect you because you’re young. https://t.co/bZhU8speHa

The People's Dialogue founder Herman Mashaba agreed with him.

The former Johannesburg mayor said young people should be running the country, but not alongside the current government.

“Instead, parliament is filled with sleeping pensioners, lining their pockets, while our young people waste away in crime and drug-infested communities with no access to quality education,” he added.

They should be running the country!

Instead, Parliament is filled with sleeping pensioners, lining their pockets, while our young people waste away in crime & drug infested communities with no access to quality education.

Young people will run SA, but not alongside this govt. https://t.co/6f3kk6n40z

This is not the first time Sizwe has expressed this kind of opinion about what SA needs.

In 2019, Sizwe slammed President Cyril Ramaphosa's tenure, saying it was a “shambles”.

Sizwe said the most disappointing thing was that it was “largely due to Ramaphosa's own doing”.

“From what I've observed I think he means well. I generally think that he wants to change the world but based on how things have played out ... just because you want something doesn't mean you're in the best position to get that thing,” he said in an interview on MacG's YouTube podcast.

Sizwe said SA needed a president who will lead for those who “don't have” more than those who “have”.

“I need a leader who is going to lead people like me and make sure that those who don't have end up having a better life.”

African youth and pop culture was re-imagined 15 years ago.
Entertainment
2 years ago

We look at some of the year’s biggest and most bitter Twitter battles.
S Mag
2 years ago

Just like Kanye, Sizwe Dhlomo owns a mountain and everyone is shook

'If flex so hard' was a person, it would be TV and radio personality Sizwe Dhlomo.
Pic of The Day
2 years ago
Next Article