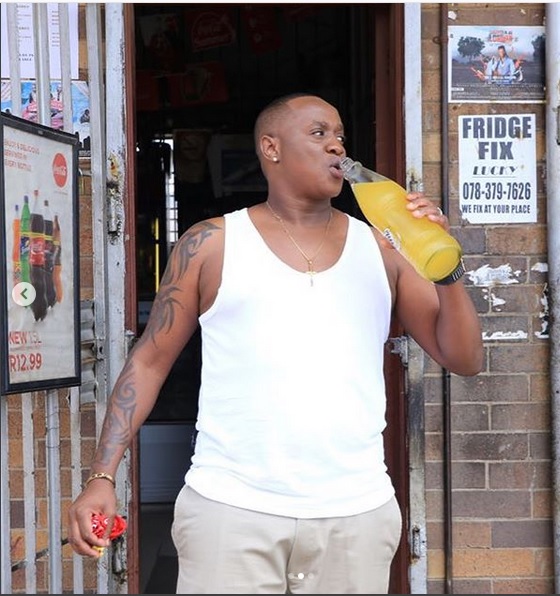 Jub Jub Uyajola host Jub Jub has left many Xhosa people angry after he accused the nation of being promiscuous 'too much'.
Image: Instagram

Jub Jub Maarohanye has made a dramatic re-entrance to public life after his jail stint with his reality show Uyajola - and he has added to it by announcing that he has never seen a more promiscuous nation than the Xhosa people.

The Moja Love show, modelled on the US hit show Cheaters, presented by rapper Jub Jub premiered this month. In a video clip ahead of the debut, Jub Jub labels Xhosa people as promiscuous and "too much".

"The most anticipated show Uyajola 99 will be premiering at 9 o’clock to 10 o’clock with a double explosion,” said a pleased Jub Jub in his promotional video.

The video clip has gone viral and created a storm on social media. Offended Facebook user Bheki Sbusiso reminded Jub Jub of the crime that landed him in jail.

"Noma amaXhosa anga feba oksalayo wena Jub Jub wa bulala aba zali bez ngane abaka xoli nja ndin it seems lyk u getting too comfortable bloody murderer!!!," said Sbusiso. Which loosely translates to: "Even if Xhosa people can be promiscuous, you Jub Jub killed children and their parents are still hurt. You are getting too comfortable, bloody murderer."

Maarohanye was sentenced to 10 years in prison after being found guilty of culpable homicide for killing four school children during a drag racing accident. He was released on parole in 2017.

Iitb’s post loosely translate to: “Some people do not love Xhosas, I wonder what Xhosas did. Many of them pretend to love us. If you can listen to Jub Jub, he is insulting us. This guy is from jail and he is now talking about promiscuity on such a big social media platform with no regard for children who know that he was in prison for a long time, what about Xhosa heroes and the elderly?"

Celebrity Sizwe Dhlomo took to Twitter to ask: "Wait... what did Jub Jub say about the Xhosa nation?"

Wait... what did Jub Jub say about the Xhosa nation?

Fellow Twitter user Thole loMthwakazi said: "I just saw a video of Jub Jub saying Xhosas are this and that... I thought we’d destroyed the tribalism demon long ago bazalwane nje, why are we back here? Lordt".

I just saw a video of Jub Jub saying Xhosas are this and that...

I thought we’d destroyed the tribalism demon long ago bazalwane nje, why are we back here? Lordt pic.twitter.com/Os96t1GEDU

Another user, @Xhosa_Goddess, said "Why did Jub Jub come for the Xhosa nation? I mean we chilling and minding our business not bothering anyone. Which Xhosa queen hurt him? Ni dangerous kaloku nina".

Why did Jub Jub come for the Xhosa nation? I mean we chilling and minding our business not bothering anyone ??‍♀️Which Xhosa queen hurt him? Ni dangerous kaloku nina ?

Melike Fourie, a senior researcher in the Historical Trauma and Transformation Unit at Stellenbosch University, said Jub Jub should expect pushback for his inflammatory utterances.

"We are in an era where you can't just casually insert stereotypes that are inflammatory and are offensive to people," said Fourie.

"In the current climate, to promote stereotypical views of any race, to put negative stereotypes on a public platform, it can have serious repercussions.

"People should really watch what they say. Cognitive biases are socially constructed things that are very rarely based on actual facts There’s not necessarily any truth to the statement."

The disgraced musician and a friend, Themba Tshabalala, were jailed for culpable homicide for causing an accident that killed four school children in 2010.

The two crashed their Mini Coopers while drag racing on public road in Protea North, Soweto, while high on drugs. Prince Mohube, Mlungisi Cwayi, Andile Mthombeni, and Phomello Masemola were killed, while two others were permanently brain damaged.