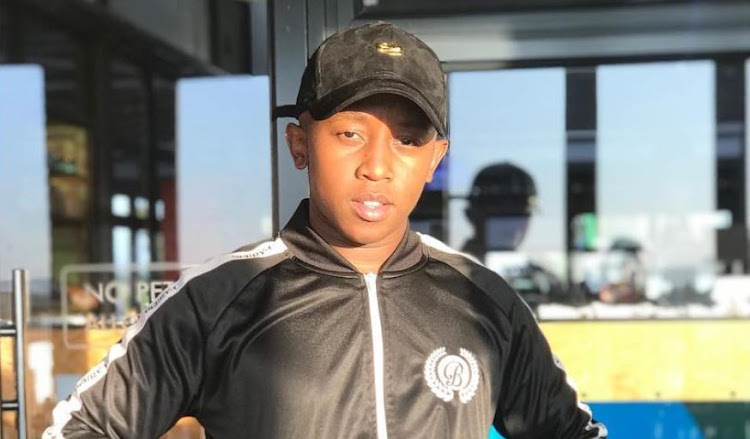 Junior De Rocka was caught in a heated argument on Sunday.
Image: Via Junior's Instagram

Musician Junior De Rocka got more than he bargained for when he tweeted a video of a heated exchange with a Cape Town quad biking tour operator.

Junior explained to TshisaLIVE that he and a group of friends were supposed to go quad biking at Headout Quadbike Tours in Cape Town on Sunday but showed up an hour later than initially scheduled.

The star claimed his agent notified the company that they would be late, however when they arrived at the premises an argument between the owner, Bruce Jenkinson and Junior ensued.

Junior claims Bruce called him and his friends "black c**ts" during the argument.

However, Jenkinson told TshisaLIVE he was not informed that Junior and his team would be late and that they had arrived at a time when another client was set to start their tour.

Jenkinson denied claims that he hurled racial insults at Junior or his friends, but admitted to swearing in general over their late arrival.

"At no point did I refer to them as that (black c**ts) and I have no idea where that comes from."

He said he had communicated with an agent before but there was no indication that Junior would be late.

"We tried to contact the agent to tell them the client was late but got no response. As far as I am concerned, it is just plain bad manners (to be late) and suddenly the "racist" card was pulled out. I think that is unfair."

Junior received backlash from a number of social media users who felt that he was being 'disrespectful'.

Even Sizwe Dhlomo weighed in on the debacle, claiming he saw no racism in footage of the incident posted online.

LOL! Y’all ninjas are funny! Look, I also didn’t see racism there. Just a business owner who was rude to clients but then again, I don’t know what he said. An hour late is some BS though. Time is money. https://t.co/O7r4n9ePoh

Junior said he was undeterred by those who had criticised him and labelled him an "attention seeker" for claiming Bruce was racist.

"Criticism will happen. Even Babes (Wodumo) called me to say that some people will believe you and others will think you are being extra. But you can't accept being treated like this."  - Additional reporting by SowetanLIVE