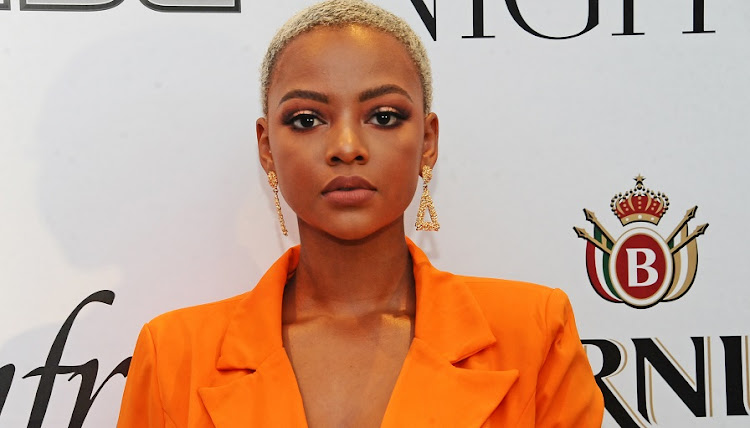 Is it a thing or just a crush?
Image: Gallo Images/Oupa Bopape

It seems all Mihlali has to do is breathe and the streets get excited. On Monday, everyone was in meltdown mode because they thought sis was dating Formula 1 superstar Lewis Hamilton.

All this started when Mihlali took to Instagram to post a series of snaps of herself at the Singapore Grand Prix at the weekend.

She was in the crowd to watch the British champ register his worst finish since the German Grand Prix in July.

She didn't mind, though, posting several snaps of herself cheering him on.

One, on her Instagram Stories, featured Lewis in a store, with the caption: “You did the best you could, babe, super proud of you. A winner in my eyes.” The message ended with a loved-up smiley.

She also posted a pic of herself in the bath, with Lewis tagged as the photographer.

So does this mean Lewis Hamilton is dating @mihlalii_n ? pic.twitter.com/BxYdqmV2p5

Sis could very well be a huge fan who was just having some fun, but it was all too much for fans in Mzansi, who flooded social media with memes and messages about the “couple”.

Soon Mihlali and Lewis were trending on Twitter, as fans weighed in.

In response, Mihlali told followers to drink water and mind their own damn business.

“This is what happens when you're super concerned about people's business, you feed into everything that's thrown your direction. Lesson: stop asking questions that don't concern you and enjoy the content you're given.”

Judge: “you’re looking at 10 more years, is there anything else you’d like to say?”
6ix9ine: Lewis Hamilton has no idea who Mihlali is pic.twitter.com/wjPrgCtkFm

Mihlali is very beautiful but Lewis Hamilton is out of her league. pic.twitter.com/dVkFa7spLr

This is what Mihlali had to say to people asking who took her the picture??? pic.twitter.com/FonRI4cHEK

That picture of Mihlali in a bathtub was taken by lasizwe. pic.twitter.com/b7O3P5jP3O

all I know is that Mihlali gets what she wants... be it Drake or Lewis Hamilton, anything is possible black child pic.twitter.com/LQGzf4oRS2

Mihlali's mind... ? Sizom'trendisa until Lewis sees then she achieves her crush.. she's a genius pic.twitter.com/X3CmmH0tMD

Tweeps like talking about Mihlali as if they know her personally pic.twitter.com/btxCK7fUly

Mihlali can date Lewis Hamilton, y'all tweeting as if Lewis is y'all BFF and he tells you who he won't date, lol. Yekani umona! She's in Singapore, you're in Soshanguve hating with your last 22MB.

I don’t understand SA men saying Mihlali is out of Lewis Hamilton’s league, when she’s really out of their league pic.twitter.com/6xEM6HXPdt

Mihlali : takes a pic in bathtub

Black Twitter : She is not Lewis Hamilton's type, she is hot but not that hot, there are better hotter women out in the universe, if that was Lewis she could have been at Mercedes AMG rn

Mihlali Ndamase blesses her mom with a new set of wheels

While haters were bashing her, Mihlali was collecting thousands of rands to surprise her mom with a brand new car.
Pic of The Day
2 years ago

Mihlali Ndamase on the beauty industry: 'I was asked how I'd make money off of it'

Mihlali Ndamase says people were sceptical when she told them she dreamed of becoming a beautician.
Entertainment
2 years ago