'Both sides were misunderstood,' says FlySafair on Mihlali's racism claims 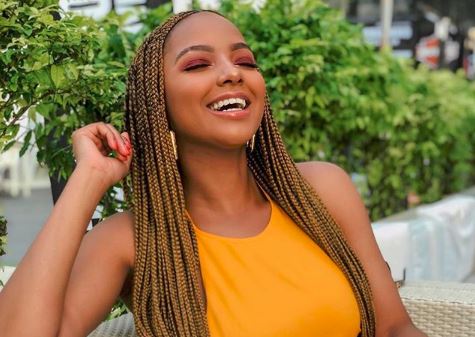 Vlogger and fashion influencer Mihlali Ndamase seems to have come to an agreement with FlySafair.
Image: Mihlali N via Instagram

Low-cost airline FlySafair and YouTube fashionista Mihlali Ndamase have come to an ambiguous truce following the online personality’s labelling of one of the airline’s staff as racist.

On Sunday, Ndamase, a self-described beauty vlogger, insisted that she and her friends had been called “animals” while on a FlySafair flight.

"My friends and I were called animals by these people on FlySafair because we were being 'loud' on the flight. I didn’t know it was against the law to speak on a flight. I mean, if you have an issue with hearing black people’s voices, buy a private jet … I can’t believe we have to deal with such treatment in 2019 for being black, I’m so disappointed," she wrote in the post’s caption.

"Please hire education, trained staff. I can’t spend my money on a flight, only to be treated like someone who’s not supposed to be on the airline because of the colour of my skin."

Ndamase went on to claim that while the authorities were summoned following the alleged bad behaviour on board, the police officers who arrived did little to help.

"I tried to handle this matter with as much grace and maturity as possible, but I’m outraged by how much disrespect we got from the staff of FlySafair," she added.

Her post immediately sparked an online debate over whether or not her group was in the wrong for being too loud on the flight - and whether the air hostess had crossed a racial line with her alleged comment.

Eventually Ndamase shut down the comments section – and the discussion – on her post.

Prior to their deletion, among the comments were allegations that Ndamase and her friends had been drunk and rowdy on the flight.

Some even claimed they had smuggled alcohol on board, but Ndamase and those defending her denied this.

The study, The Shape Of Influence, shows that major brands are using influencers in one way or another.
Lifestyle
2 years ago

Following the initial post, FlySafair said in a written statement that it would launch a comprehensive investigation into the incident and would “take swift and appropriate actions in response”.

However, almost 48 hours after the alleged incident, Ndamase and FlySafair released a joint statement on Tuesday afternoon following what they claimed was an in-depth discussion.

“It was identified that there were some unfortunate misunderstandings on both sides, but both parties are in agreement that discrimination is an issue that we as South Africans need to continue to eradicate in order to build our future," read the joint statement.

"The parties discussed the complexities of discrimination - which can be explicit or implied, conscious or unconscious, deliberate or accidental - and agreed that there is a lot of work to be done in our country to bring attention to these nuances.

"Both also reached common ground on the fundamental importance of flawless aviation safety management and appropriate behaviour aboard an aircraft.”

The airline said it “regretted” the situation.

“We want all of our customers to have an excellent experience aboard our aircraft and to feel safe in all regards,” said Kirby Gordon, FlySafair's head of sales and distribution.

Asked what exactly the "misunderstandings" were and what had been established in their discussion, Gordon said both parties had agreed not to comment further.

Hands off the phone

Shwa's never seen so many social media influencers under one roof competing over who takes better selfies.
Shwashwi
2 years ago
Next Article