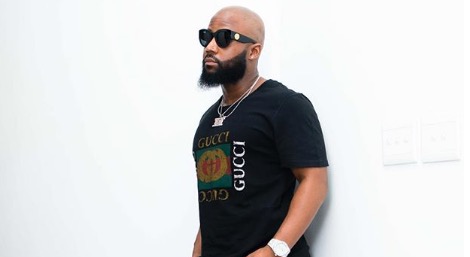 Block out your calendars and forget about the delays, Cassper Nyovest has finally given details about #FillUp2019 and Mzansi is here for every damn detail.

Despite numerous delays plaguing the massive announcement, Cassper has billed #FilledUpRoyalBafokeng as his official "homecoming", explaining in a video that it is "his province".

Tickets for the show at the Royal Bafokeng Stadium in the North West on December 15 range from R100 to R400 (golden circle), and you can get them here.

In a one-minute clip, Cassper made the announcement (with one notable appearance by you know who ... ). On Twitter, the video has already received more than 169,000 views.

If all those views translate to ticket sales, then hot damn, #FillUp2019 is going to be lit.

Here's a taste of some of the reactions.

Finally if only @HHP was still alive to see this @casspernyovest thank you for taking us back home #Motswako #FillUpRoyalBafokeng https://t.co/FsClV1lRKQ

Cassper Nyovest on toxic relationships: Don’t force yourself on people

Cassper has no time for fake friends.
Pic of The Day
2 years ago

SA hip - hop was unapologetic of its existence, finding its own voice and identity through motswako, kasi rap, spaza, and later through skhanda.
Entertainment
2 years ago

Did they really say that? 5 celebrities that got into hot water for their problematic statements

From Zodwa Wabantu to D. L Hughley, 2019 has been one big sigh with these problematic statements from celebrities.
S Mag
2 years ago
Next Article