Casting agencies yet to pay TV extras for roles 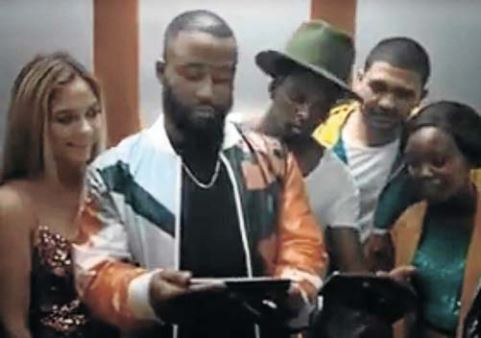 Some of the extras (not necessarily the ones pictured here) in a recent advert featuring Cassper Nyovest have still not been paid.

Top casting agencies around Johannesburg and Pretoria have been accused of exploiting unemployed artists by charging them registration fees and not paying them for roles they played as extras.

The agencies are said to be sending artists to different films, TV commercials, drama series, and soapies, but leave them high and dry.

A group of about 200 artists, who have formed a group called Scammed and Unpaid, appeared on shows such as The Throne, The Queen, Generations: The Legacy, Rhythm City and TV commercials.

Others claim they paid registration fees to some of the agencies, but were never sent out to any job ever since.

These extras were promises wages of between R150 and R200 per day for the roles as extras. Some of the extras, who cannot be named for fear of victimisation, have been waiting for payments since 2017.

They told Sowetan how sometimes they would spend a day and night on a set, only to be paid R200.

A casting agency owner who supplies extras to SABC3 soapie Isidingo has been accused of making racial slurs.
Entertainment
3 years ago

Agencies that were mentioned as among those to be wooing extras without pay included Malo Casting, Leap Management, CIDI Agency, Shane's Agency, Dream Finders, Script Casting, Atex, PJ Casting and Best Casting, among others.

Malo Casting managing director Mapule Mashigo said she was aware that she was owing extras.

"I could not pay all of them, because I ran out of money in the project that I was doing. I promise to pay all of them when I get paid end of July. I've been communicating with them, it is just that they ran out of patience," she said.

Best Casting Agency owner, Dimitri Bailani, admitted that there was no proper communication on his side to his extras.

"We normally wait between 60 and 90 days to be paid. I don't think I have communicated that with the guys. On the Cassper Nyovest commercial he (Cassper) was still waiting for the payment. While on the KFC commercial, the money started reflecting this morning and I have started paying my extras."

Shane of Shane's Agency, who is also accused of owing extras, refused with his surname, but denied that he owed anyone: "I paid everyone who was owed. But if they had a problem why they did not call me, because my phone is always on?"

One of the extras said: "I'm from the Soweto CiDi Casting Agency, I shot a movie called Ubabakhe and Ikhaya and I was never paid. When I ask them about my payment, they blocked me."

An aspiring actress, who's awaiting her payment from Atex casting, said: "I did a shoot for Rhythm City for 9 days and I also did Generations: The Legacy for three days. Never got paid. All the shoots were around September 2018."