Sundowns failed by their technical team 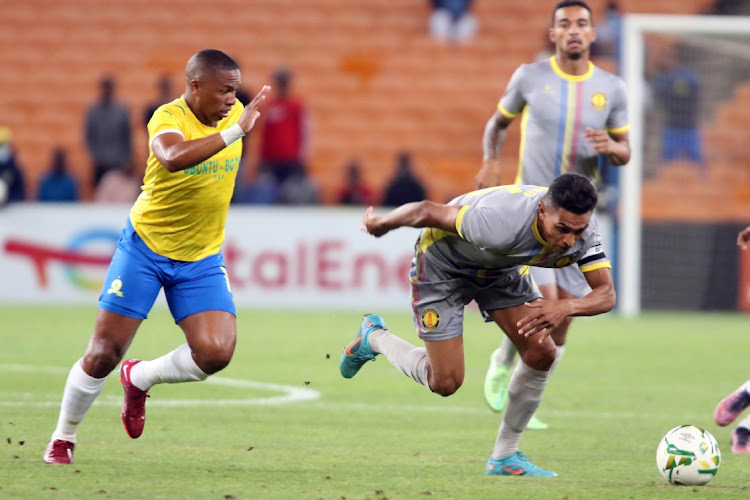 The writer questions why the Sundowns technical team played Andile Jali in the rear position while they had fullback, Grant Kekana, on the bench.
Image: Antonio Muchave

Although I sympathise with Mamelodi Sundowns after what befell them this past  weekend in the second leg of their CAF Champions League quarterfinal  match against Pedro de Luanda of Angola, which went the latter's way on 3-2 aggregate, it's their technical team that failed them.

How come they played Andile Jali in the rear position  while they had fullback, Grant Kekana, on the bench? It's AJ's controversial penalty that enabled the Angolans to advance to the  semis.

This defeat is a bitter pill to swallow because only the  Brazilians stood a better chance of stopping Pitso Mosimane and his  Red Devils (Al Ahly) from claiming the cup for the umpteenth and unprecedented  time.

Although some of us haven't kicked the pigskin, but we were  aware of Sundowns technical team's poor decisions. Rulani Mokwena and Steve Komphela's up and down antics on the touchline were not enough to see their side through.

They just have to swallow their pride and regroup  because they still have the league and Ke Yona cup to take home. Better luck next time, Yellow Nation!

Mamelodi Sundowns coach Manqoba Mngqithi feels the club’s unexpected failure to reach the CAF Champions League semifinals must be pinned on them as ...
Sport
1 month ago

Coach Manqoba Mngqithi could only admit to the hurt after Mamelodi Sundowns were spectacularly dumped out of the Champions League by Petro Atletico ...
Sport
1 month ago

Following their shock exit in the CAF Champions League at the weekend, it could be a consolation week for Mamelodi Sundowns as they could clinch ...
Sport
1 month ago
Next Article