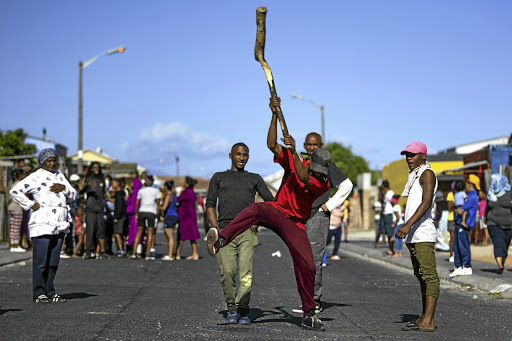 The local state is, or at least should be, the most important level of government. National and provincial governments are far removed from the daily circumstances in the lives of individuals and communities.

Local governments, which run municipalities and deliver crucial services, should have a more prominent role in the national state of disaster and lockdowns.

The unfortunate reality is that most municipalities do not function on a value system that puts the needs of communities first. The fact is local government is broken.

And so, we should be grateful that the battle against Covid-19 and relief effort is being commanded out of the national war room.

While according to the Disaster Management Act, the national executive has prerogative in a national state of disaster, citizens seldom interface with national government. When the national response is too slow and inadequate in meeting the pressing daily needs of poor people under lockdown, it is not the president and his ministers who are the first responders. It is often local councillors who are closest to the scene of unrest.

The systems of patronage where some citizens are favoured based on having a familial relationship and/or business association with municipal authorities are exacerbating the pain of the poor. The underhanded operations of local government resource wars and some councillors' penchant for self-aggrandisement is glaring.

In most provinces, local municipalities and councillors have been coordinating the distribution of food parcels provided by the department of social development. Councillors have been entrusted with identifying needy households and of being the go-to people for those in distress unable to provide for themselves at this time.

Food parcels meant for the needy are not reaching intended recipients because of greed, theft and favouritism.
Opinion
1 year ago

The reports about councillors looting food parcels, selling them off and giving them as gifts to their friends and supporters is just another wake-up call.

The trust deficit between citizens and leaders which was already something to be concerned about before Covid-19 is only likely to grow during lockdown.

At a time of crisis and deep uncertainty, communities need councillors who are conscientious. And frankly, councillors who can muster even just a semblance of selflessness can serve as a source of comfort.

The opportunism, as it has been called, demonstrated by the looters who are said to be mostly members of the ANC, is not a seed that germinated suddenly, fertilised by the prevailing conditions of a national state of disaster.

As it goes, they will not let a good opportunity go to waste. They have a hawk-like gaze, primed to take advantage of any situation, and of anybody, to take what spoils they can.

The situation can't be characterised merely as corruption. There is a soul depravity, a moral deficiency that will not be cured by appeals to principles of good governance and even by prosecutions.

Why must poor black people have to take to the streets to protest against a government that claims to care about them, especially at a time of national crisis?

Why should they be subjected to the indignity of exposing themselves to a deadly virus when they should be practising social distancing, like privileged citizens in the suburbs who face no food insecurity?

Why should they be met by police aggression and reprimand when they use the only means they have to be heard, after days - and even years - of being disregarded?

It is an understatement to say that this is a sad state of affairs. It is shameful.

Whatever steps the national government takes, nothing will make a difference until the ANC takes a good hard look at itself and acknowledges that oppression under its governments could be comparable or perhaps be worse than that of its apartheid predecessors.

The ANC on Monday came out strongly against members who have defied lockdown regulations, looted food parcels and corrupted government procurement ...
News
1 year ago

The ANC in Sedibeng has committed to investigate allegations that its Midvaal councillor is asking money from community members in order to buy data ...
News
1 year ago

Older, richer people more supportive of Ramaphosa, poorer not so much

President Cyril Ramaphosa is seen as doing a good job in his handling of the Coronavirus outbreak.
News
1 year ago
Next Article