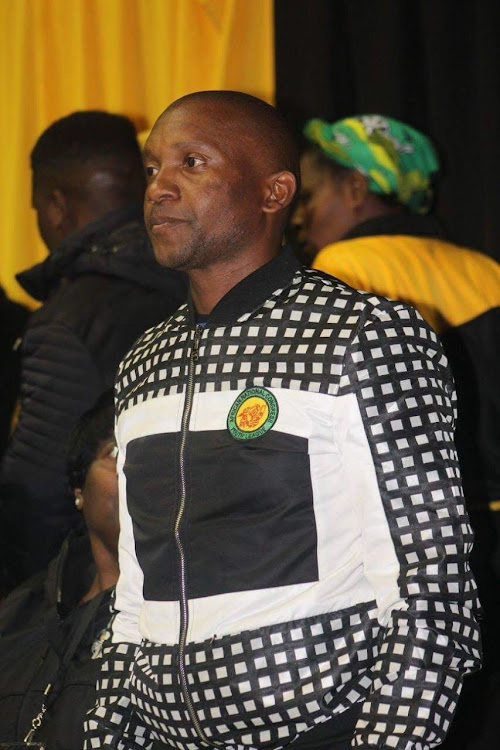 Sithembiso Mhlongo was killed by gunmen who were posing as policemen.
Image: SUPPLIED

Three key ANC figures from the same region in KwaZulu-Natal who were gunned down in space of four months had all been friends.

This emerged in the wake of Sithembiso Mhlongo’s bloody murder‚ at the hands of gunmen who were posing as policemen‚ in the early hours of Thursday morning in the Moses Mabhida region‚ which is the hometown of ANC presidential candidate Nkosazana Dlamini-Zuma.

His name is added to the growing list of ANC councillors gunned down in the run-up to the ANC national elective conference next month.

On Monday‚ Mhlongo’s close comrade Lungisani Mnguni was assassinated while delivering food parcels to a school in Camperdown. The businessman was involved in the school food nutrition programme in the area and was a former ANC branch chairperson in Ward 7 in Mid Illovo.

His death caused consternation in party ranks as camps which support the presidential aspirations of Nkosazana Dlamini-Zuma and Cyril Ramaphosa rushed to claim him as “their delegate”.

ANC’s Youth League in KwaZulu-Natal was gunned down in his Mpophomeni home outside Pietermaritzburg.
News
4 years ago

It was in this same ward that Councillor Everlast Mkhize was felled by gunmen after leaving a local branch meeting.

As the dust of the most recent murder settled‚ Moses Mabhida Region secretary Mzi Zuma said that the three slain officials had risen through the ranks together.

“They were close and they all served in the same structures… We must say that this is a worrying situation and we are all concerned‚” he said.

He said they were disheartened that the region had become a hotspot for such brutal killings of their activists and public representatives.

“To lose a leader of that calibre is a great loss for us as the ANC‚ but also the community that he served‚” Zuma added. He said that Mhlongo’s affiliation – to either Dlamini-Zuma or Ramaphosa – was not informing their thinking.

“We should be reluctant to speculate about his affiliation. Whether this man was a leader of the ANC or a man off the street‚ our concern would be equal. We just want to see justice done‚” he said.