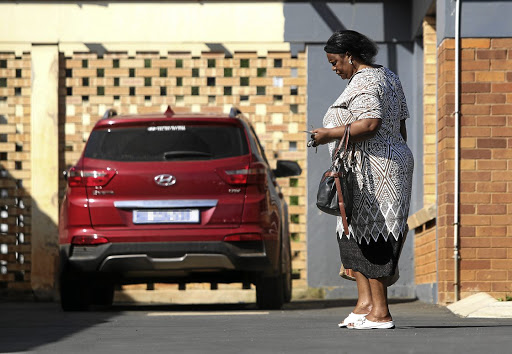 Magistrate Kholeka Bodlani of Durban has attracted scrutiny for her outrageous rulings, leading to the high court casting lenient sentences she had given rapists.
Image: SANDILE NDLOVU

You know when you have to re-read a simple newspaper report two times, mainly because you don't want to believe what you've just read?

It happened to me last Sunday when I read about a black woman magistrate who'd acquitted alleged rapists for the most spurious reasons.

The Sunday Times reported: "An Umlazi magistrate set free a man accused of raping a teenage girl because he carried a bag, styled his hair and did the washing - which, the magistrate said, meant he must be gay and 'not interested in women'."

In another case, the same magistrate, Kholeka Bodlani, grilled a young woman who'd allegedly been raped by a man she referred to as "uncle".

She asked her various questions in spite of concerns by the prosecutor that all the questions had been answered during evidence.

Bodlani asked the girl: "When uncle was finished what was he doing, how did you feel? Was [he] rough, vigorous or forceful when penetrating you, or was he soft?"

That is exactly why I had to re-read the news story, just to see what I had missed in the telling of it. When I finally came up for air, I was breathless with anger.

The story explained that about 18 cases over which Bodlani had presided had been sent on special judicial review following complaints of incompetence against her.

Having read the story, I had to wonder if incompetence was the only factor affecting Bodlani's professional conduct.

A quick search through the archives reinforced my earlier suspicions that what we were looking at here was more than incompetence and downright stupidity.

“Until such time as a proper investigation is completed and all consequential processes - which may include impeachment - are completed, judge ...
News
2 years ago

It appears that Bodlani has some skeletons in her cupboard. And they don't appear to be smallanyana. In fact the imagery of skeletons does not do justice to what we are looking at here. Skeletons don't smell. They are dry.

What we have in Bodlani's cupboard is something more odious. It has about it a fetid stench.

In 2001 Bodlani was arrested and appeared at the Umtata High Court facing a fraud charge involving R4.5m . She had allegedly committed fraud while she was still a public prosecutor in Lusikisiki, in the Eastern Cape.

At the time of her appearance in court, she had been promoted to a magistrate and was now working in East London.

Apart from the specific matter the court was dealing with at that time, there were 10 other matters of fraud that she was facing.

The case against her at the time was thrown out of court after the investigators mishandled it.

However, judge David van Zyl said although the state had failed to prove its case against Bodlani, there were a number of factors that raised serious concerns as to her suitability to be appointed as a magistrate.

The judge ordered that a copy of his judgment be sent to the commission tasked with recommending the appointment of magistrates, to take "whatever steps" it deemed necessary in the circumstances.

Nine years later, Bodlani is still practising as a magistrate. Granted, she was acquitted on fraud charges dating to her days in the Eastern Cape. But, as Van Zyl pointed out, her character raises concerns as to her suitability for the office she occupies. Current complaints relating to her professional conduct can only reinforce these concerns.

Playing the devil's advocate now, I am tempted to suggest that some of the decisions made by her are not the result of incompetence and stupidity.

Perhaps it's something more odious than that.

This woman sits in a powerful position in which she can make or break people's lives.

Whoever appointed her must take that into consideration if and when they seriously assess her suitability to continue serving.

Western Cape high court judge president John Hlophe has been accused by his deputy of trying to influence the appointment of judges in the 2015 ...
News
2 years ago

A tribunal investigating gross misconduct by the Western Cape's Judge President Hlophe is set to resume this month, over a year since it was last ...
News
2 years ago

Disgraced judge Nkola Motata will know next week whether he will keep his job, over a decade after he was recorded swearing at onlookers after he ...
News
2 years ago
Next Article