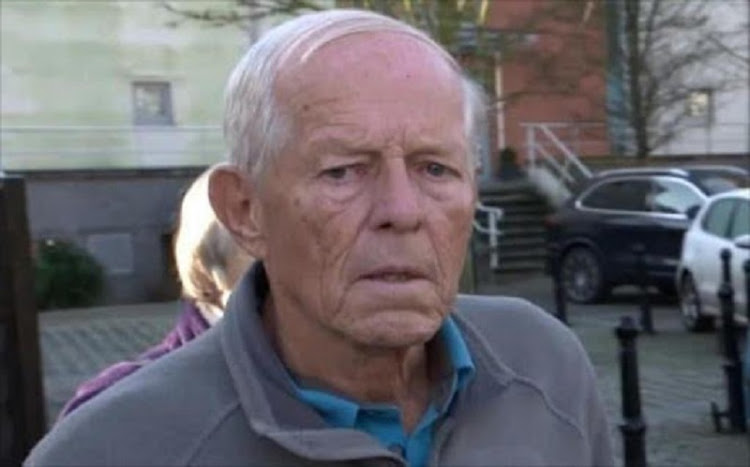 The former head of the Justice Alliance of South Africa‚ who was wanted for questioning in the UK over allegations that he assaulted young men and boys at Christian youth camps‚ has died.

"The official cause of death has not yet been made known‚ but the indicators are that it was a sudden heart attack following a heart procedure earlier in the week‚" said the statement.

"We ask that the family be left alone to grieve his passing."

Allegations against Smyth emerged in February 2017‚ but he refused to address them. The Mail on Sunday said police in Hampshire had recently asked him to return to the UK‚ where many of his alleged offences were committed‚ for questioning.

Smyth's church in Cape Town also investigated him in 2016 after learning he was showering naked with young men in the congregation and discussing sex with them. It eventually asked him to leave.

Smyth was chairman of the Iwerne Trust‚ a charity closely linked to the Church of England‚ which ran holiday camps where the abuse is said to have occurred.

The church admitted in 2017 it had “failed terribly”‚ after Channel 4 News in the UK learned that the trust discovered the alleged abuse in 1982 but failed to report it to the police.

Smyth‚ who was a prominent barrister and part-time judge‚ previously left the UK for Zimbabwe. He ran the Justice Alliance from his home in Bergvliet‚ in the southern suburbs of Cape Town. After the allegations of abuse emerged‚ alliance chairman Msizi Cele said Smyth had been told his services were no longer required. At the time‚ the organisation described itself as “a coalition of corporations‚ individuals and churches committed to upholding and fighting for justice and the highest moral standards in South African society”.

A letter naming John Smyth as a “charming old child abuser” has been hand-delivered to his neighbours. The letter is signed by Gert van Tonder‚ and ...
News
5 years ago

It adds: “We take up the issues of and help to protect the human rights of the most vulnerable groups in our society such as women and children.”

An apology from the Archbishop of Canterbury‚ Justin Welby — who was a dormitory officer at a camp where Smyth was one of the main leaders in the late 1970s — followed a six-month investigation by Channel 4 News‚ which tracked down and spoke with many of Smyth’s alleged victims.

Said presenter Cathy Newman: “One man told us that he and other boys were beaten so violently by Smyth that they had to wear nappies to staunch the bleeding.”

Many teenagers at the holiday camps at Winchester College in the 1970s and 1980s likened Smyth to a cult leader‚ she said.

“He cultivated small groups of followers‚ over whom he developed a form of psychological control. Favoured young men were invited to visit him at his home for Sunday lunch.

“Now men in their fifties‚ they allege Smyth would recite passages of the Bible to them‚ before beating them with a cane in his garden shed.

“Mark Stibbe‚ who went on to be a vicar and is now an author‚ told us: ‘It was along the lines of‚ this is the discipline that God likes‚ this is what’s going to help you to become holy’.

“Richard Gittins ... told us: ‘We used to have to put nappies on [and after grace] everybody would sit down together. And in the process of sitting down‚ we perfected the ability to sit down really quickly‚ before your bottom touched the chair‚ and in the last couple of inches you’d just ease yourselves down; so it didn’t look like you were in any pain.’

“Another man‚ who has given evidence to us anonymously‚ said he grew so fearful of the beatings that he tried to take his own life in 1981.”

Newman said the suicide attempt prompted the Iwerne Trust to launch an investigation and compile a confidential report‚ which had been seen by Channel 4 News and described what it called the “beatings” of 22 young men.

The document‚ written in 1982‚ said: “The scale and severity of the practice was horrific … eight received about 14‚000 [strokes of the cane]: two of them having some 8‚000 strokes over three years.”

Despite the findings of the report‚ the Iwerne Trust did not inform the police. “Instead‚ a senior figure in the Iwerne Trust wrote to John Smyth‚ telling him to leave the country. He went on to live in Zimbabwe‚ and then South Africa‚” said Newman.

In its statement‚ Lambeth Palace said that by 2013 the police had been notified about allegations against Smyth. The archbishop’s chaplain showed Welby a letter written by the Bishop of Ely to the Archbishop of Cape Town referring to “concerns” expressed by “an alleged survivor”.

Newman put the allegations to Smyth on camera‚ and he replied: “I’m not talking about what we did at all.” He called some of the claims nonsense and declined to respond to further requests.

The legal activist who left Britain amid child abuse claims was later accused of killing a teenage boy in Zimbabwe. John Smyth‚ 75‚ head of the ...
News
5 years ago

Smyth's victims are considering legal action against Welby for allegedly failing to act decisively enough after he was informed of the claims against Smyth in 2013‚ the Mail on Sunday reported.

In Cape Town‚ Pastor Andrew Thomson‚ of Church-on-Main in Wynberg‚ said three concerns emerged from its investigation of Smyth. In a statement on behalf of church elders‚ he said Smyth’s “pastorally unwise” behaviour involved: - “His practice of meeting young men at a well-known Cape Town sports club that began with a game of squash‚ was followed by a shower in a common shower‚ then lunch over which we were told John would make generally unsolicited enquiries about the young men’s experience of pornography‚ masturbation and other sexual matters;” - “Offering his advice regarding sexual matters that left the person feeling uncomfortable. Mostly this seems to have occurred on John’s first meeting with the young men we spoke with;” and - “A heavy-handed style of leadership… John became upset with individuals when they failed to meet up to his suggested commitment towards his meetings and forums.”

At a meeting with Smyth and his wife‚ Anne‚ shortly before the Channel 4 News documentary aired‚ Thomson said he had advised Smyth "to fly immediately back to the UK and face up to any consequences of any potential misconduct".

He added: “In our meeting John did acknowledge that something of a serious nature had taken place in the UK and that he did regret certain occurrences from his past."