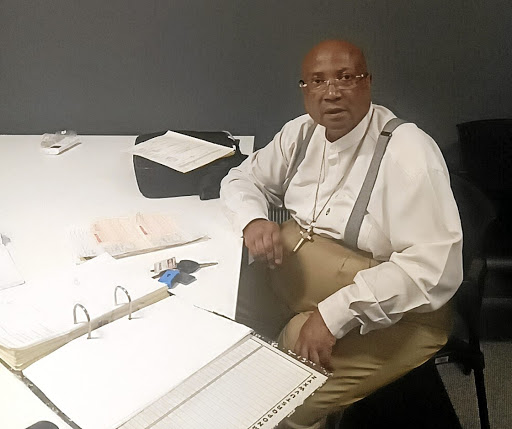 Not checking your investment monthly, especially your 32- day investment account, could be suicidal.

Pastor Joseph Themba Vilakazi, 62, of Mondeor, Johannesburg, is hopping mad that his investment of R270,000 he had invested for his son, who matriculated with six distinctions recently, is missing.

Vilakazi said he last received his investment statements in 2011 and never inquired about the lack of communication from Nedbank as he had not notified them of any withdrawal. Though the bank claims that he withdrew the money nine years ago, there is no proof that he signed the withdrawal form.

Vilakazi said he did not know how he would fund his son's tertiary education as he had been banking on his investment to do so. He said he discovered that the money was fraudulently withdrawn in November when he approached the bank to place a withdrawal notice. A bank official told him his account was closed in 2011 when his money was transferred into his business account.

"I did not even receive an SMS notification to alert me that money was deposited into my account," Vilakazi said.

Billions of rands remain unclaimed in Metropolitan coffers and they are dying to pay them out to the beneficiaries, Consumer Line has discovered.
Opinion
1 year ago

He was told that the whole R270,000 was withdrawn on the same day it was deposited, he said.

"The bank won't give proof of my withdrawal slip and tells me they destroyed that proof as it is now over five years. This makes my health condition worse. I can't even look my son in the eye. He made me proud but I can't fulfill my undertaking to fund his engineering degree course," Vilakazi told Consumer Line.

He said his son, who has been accepted at the University of Johannesburg, has not applied for a bursary.

Lucas Venter, senior manager: analytics and forensic tech at Nedbank, said Vilakazi's matter was fully investigated last month and he was advised that due to the fact that the accounts were closed more than five years ago, the statutory requirement to maintain supporting documents lapsed.

"We no longer have the withdrawal slips," Venter said.

"The investments were disbursed via various accounts from August 2011 to December 2011 into the accounts on which the client was the only signatory, with some funds ultimately transferred to an express card held by him.

"The client reported no fraud at the time in respect of the subsequent withdrawal of these funds during the same period. No fraud is therefor suspected."