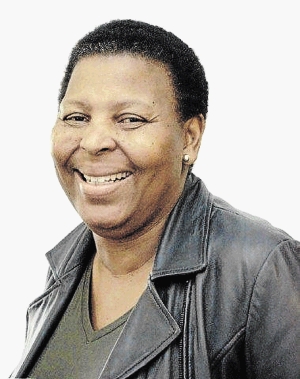 Consumers are entitled to a refund if they have overpaid for goods or services.

No one has to go to the length of enlisting the services of a lawyer or the media before they are paid what is due to them.

Nonthuthuzelo Ntshebethu, a 53-year-old unemployed mother of two, had to beg the principal of Midrand Primary and High School, which is based in Midrand, Johannesburg, for a refund of R3,940 that was overpaid towards her child's school fees.

The over-payment occurred after her daughter was suspended in July for three weeks after she fell behind with her school fees, Ntshebethu said.

"When I begged the school not to suspend or deregister my daughter, that plea fell on deaf ears.

"With the help of friends, I managed to pay the fees and she was allowed back to school," Ntshebethu said

She said some of her friends continued to pay and she also paid whenever she could.

"Now I have overpaid the school and I want a refund of the money I overpaid for school fees. But no one is available to repay me," Ntshebethu said.

She said she requested a refund to help her buy food for her family.

Since November 4, Ntshebethu has been waiting for her refund until she approached Consumer Line for help.

Going to school has not helped as she was only given a form to complete for a refund, she said.

"Because this is an emergency situation, I requested to speak to the principal and I was told she was in a meeting and was later turned away even though I was prepared to wait for her until the meeting was over," Ntshebethu said.

The National Credit Act was designed to protect the consumer by ensuring that there is improved standards of debt re-organaisation in cases of ...
Opinion
2 years ago

She said she repeatedly went to the school for help and even threatened to seek legal assistance only to be told she should go ahead.

Although the child obtained a scholarship covering her 2020 fees and books, the school has withheld her money, she said

"I unfortunately cannot afford a lawyer and even if I were to go the Legal Aid route, that will take a long time while we starve. We are hungry as we speak," he said.

Ntshebethu said going to school without breakfast or lunch is affecting her daughter's performance.

The school's principal, who only introduced herself as S Pillay, confirmed that the school received three different payments from an account with the name of Ntshebethu child's as a reference.

She said these payments were dated between October 1 and October 25.

She said their refunds usually take between 15 to 30 days to process if the account in question belongs to the parent requesting the refund, Pillay said.

She said the school has also found discrepancies on Ntshebethu's child account and and as a business, they do at times receive unauthorised payments, therefore an investigation is necessary.

She said once all documentation is complete, the refund will be made into the account holder's account within seven working days.

Pillay said they have policies in place to deal with matters like this. "We do wish to request that our policies are respected and regulations are followed through.

"We have in no way denied over-payment. We acknowledge the payment and acknowledge that it will be done once all documentation has been completed," Pillay said.

Ntshebethu confirmed that her friend who overpaid her daughter's fees has now been refunded.

"I was embarrassed to call almost all of my friends again to find out who paid my daughter's fees, and to request their bank details to enable the school to refund them," Ntshebethu said.

Her friend was refunded R1,000 and the balance was paid back into her account, she said.