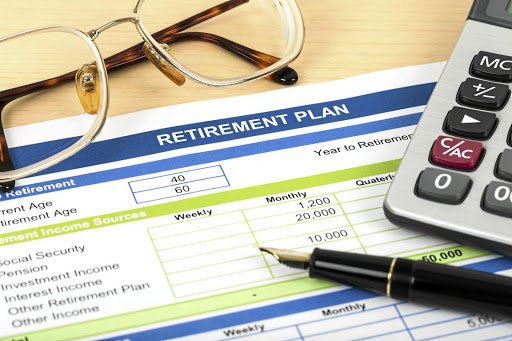 Unclaimed retirement funds for you or a beneficiary may be sitting in the coffers of an insurer./123RF

Billions of rands remain unclaimed in Metropolitan coffers and they are dying to pay them out to the beneficiaries, Consumer Line has discovered.

If you have ever taken out a retirement policy and cancelled it without claiming, that money is still yours and you are entitled to claim it.

More than 4.5 million South Africans have R42bn in unclaimed retirement savings and insurance policy benefits, as reported by unclaimedbenefit.co.za.

Consumer line only spoke to Metropolitan so far.

To help solve this problem, Metropolitan will be embarking on a national roadshow to reach out to communities to reunite unclaimed benefits with the rightful beneficiaries.

The remaining R40.5bn is owed to clients of other insurance companies, Wolmarans said.

She said over the last three years, more than 26,000 claimants were paid out.

Metropolitan is now calling on all South Africans who are unsure whether they may have benefits due to them or to their family members to get in touch, she said.

"The legislated definition of unclaimed benefits is a benefit that has not been paid to or claimed by a member within 24 months from the date it became due for payment or claiming," she said.

Explaining how the R40bn had accumulated, Wolmarans said unclaimed benefits can occur for several reasons, for example, the contact details on record may be incorrect or beneficiaries may not be aware of the benefits due to them.

"Other reasons could include poor record keeping by funds or administrators, or simply because members of retirement funds are uninformed about their withdrawal benefits if they resign, are dismissed or retrenched and are unsure how to claim their benefits," she said.

The high court ruled on Tuesday that Old Mutual does not have to reinstate its sacked chief executive Peter Moyo, upholding the insurance and banking ...
Business
2 years ago

Insurers and their clients do not always stay in regular contact with each other as circumstances or addresses change. Metropolitan has been working extremely hard to update its client information to ensure it can reach and engage with clients, said Wolmarans.

"While most insurers are trying to trace beneficiaries, the process is slow and more needs to be done."

She said Metropolitan has fixed some of the root causes that lead to unclaimed benefits.

Wolmarans said the insurer's claims process takes a more proactive approach to the settling of claims, which means the insurer contributes less to the unclaimed benefits landscape.

"To make the process even easier for clients, Metropolitan will launch a national Know Your Insurance Matters Roadshow early in 2020," she said.

Wolmarans said the campaign will focus on helping clients to be better educated and empowered on unclaimed benefits and valid claims.

"A team of benefits experts will visit communities across South Africa where they will check if members have any unclaimed benefits owed to them."

Wolmarans said Metropolitan's mission to pay unclaimed benefits is one of several initiatives to help the financial services company get closer to its customers.

There is renewed hope for Mpumalanga farmworkers who have been subjected to illegal deductions on their wages after department of labour paid their ...
News
2 years ago

She said Metropolitan's dedication to reuniting unclaimed benefits with the rightful beneficiaries is further proof of the insurer's customer-centric focus and yet another reason why Metropolitan has been named a leading supplier of life insurance for four consecutive years by the South African Customer Satisfaction Index (SA-csi).

It was also voted top company in the long-term insurance industry for service excellence in the Ask Afrika Orange Index for two consecutive years.

Until the Metropolitan Know Your Insurance Matters roadshow visits a town near you, it is still possible to find out if you have unclaimed benefits.

Here's how to do it:

Ask your financial adviser to check your ID number or the ID number of your family member with any financial services provider you have had a policy with in the past.

If a family member has died, you can check if they may have unclaimed benefits accrued to them from any financial services provider.

Make an effort to update your contact details on a regular basis, especially when those details change.

Unclaimed benefits for all South African financial services companies can also be sourced via the FSCA websitehttps://www.fsca.co.za/Customers/ Pages/Unclaimed-Benefits.aspx.