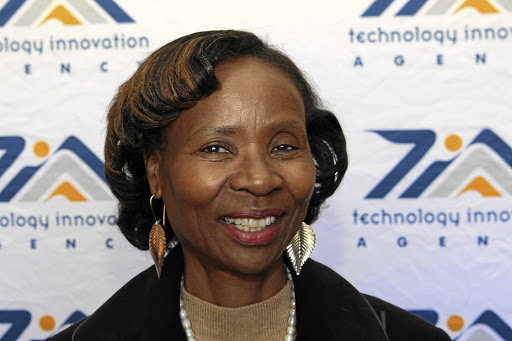 Lucy Moteko's furniture was attached after she was accused of receiving her pension fund twice.
Image: Supplied

Abacus Umbrella Provident Fund is accused of maladministration, harassment and wrongful attachment of a former member's goods when they should have been more careful when transferring her funds to another administrator.

Lucy Msiza-Moteko, 58, of Soweto, had a rude awakening when the liquidators of Abacus Pension Fund wrongfully attached her furniture two months ago.

Her previous pension fund administrators obtained a judgment against her without notification and wrongfully attached and damaged her goods before changing the locks of her house, she said.

Msiza-Moteko's problem started in 2008 after she resigned from her previous employer, CHC Chemicals.

Her pension fund was administered by two companies, R54,909 was at Lifesense and R113,342 at Abacus Umbrella Fund, she said. She received her total payout of R168,251, which she was grateful for.

"At the time of payment, the employer was transferring the employees to another administrator and I had completed the transfer form way before my resignation," Msiza-Moteko said.

"Three years later, without any letter of demand, Abacus Umbrella Fund issued summons claiming R113,342 from me with the assumption that I have been paid twice."

She said at the time she tried contacting Abacus without success and in the same period her tax consultant indicated that she owed Sars over R100,000 because of the duplication of payment, even though there's no prove that she was paid twice.

Pension fund trustees must decide how to allocate any death benefits from your fund equitably among your dependents and those you list as nominees.
Business
2 years ago

Last year, Abacus pursued their claim against her without providing proof of the funds' transfer from their bank account to confirm the additional payment to her.

The law says he/she who alleges must prove their claim, not the other way round, she said.

It later transpired that at the time of her employment termination, Abacus paid out the pending transfer due to her and mistakenly, also included her benefit in the transfer paid to the new administrator, the Rand Executive Fund, shortly thereafter, she said.

"This error caused me so much pain when their sheriff came to attached my goods and changed locks of my house, humiliating me in front of my children."

Corne Heymans, liquidator of the Abacus Umbrella Provident Fund says they are fully aware of this complaint.

"Unfortunately, Ms Msiza-Moteko did not provide the specific information that was requested, and the Fund was forced to act on the information at its disposal to protect the interests of the other pension fund members, which led to the legal action against Msiza-Moteko," Heymans said.

He said Msiza-Moteko failed to provide proof that she was not paid twice until recently after the sheriff collected her assets.

"Msiza-Moteko had two further opportunities to state her case; once again a subsequent court hearing that was scheduled for earlier this year and a further meeting that took place in June, but Moteko and her attorney did now show up," Heymans said.

He said these attempts to obtain information and legal action came at a cost, not only for her, but also to the members of the Fund, which regrettable could have been avoided if she provided the information they requested from her earlier.

As for the damage to her property, Heymans said the Fund gave the sheriff instruction to execute the judgment through the normal collection process, but are not in a position to comment on how they handled the situation.

Heymans said they will await the Pension Funds Adjudicator's findings on this matter since Msiza-Moteko has also referred the matter to this office as well.

"We remain hopeful that the adjudicator's involvement may resolve the matter and are awaiting response," he said.

Make your money work for you

Take charge of your future by taking control of your finances.
Business
3 years ago

Destitute former workers of the ill-fated Aurora Empowerment Systems gold mines have submitted a list of complaints against liquidators of the ...
Business
5 years ago
Next Article