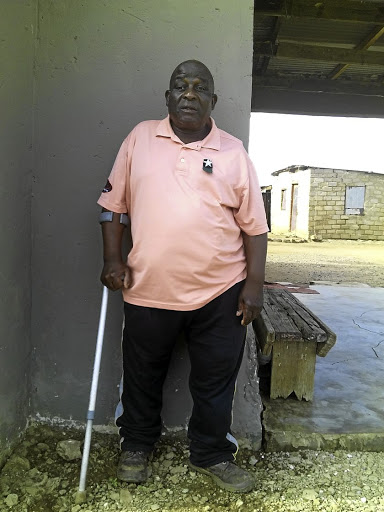 Building sub-contractors continue to be exploited despite the Master Builders Association's plea for that to end.

Jacob Ncube, 58, of Maologane village near the Pilanesberg National Park in North West, who lives with disability, is bitter that he is being penalised for wrongs by other subcontractors in the paving he was subcontracted to do.

The father of three said he is owed R6,168 by Bennie and Sinna Trading, which landed a tender to build a school in his neighbourhood in 2017.

His put the paving, which was inspected before he was paid.

The company later asked him to do a stormwater channel, and he submitted a R12,000 quotation.

The channel was built for Ramotshodi secondary school in Maologane village.

"Because it was during the festive season, I was asked to stop and resume in January after the holidays."

He was paid half the amount and when he completed his project, he asked for his money without luck.

"I was shown the paving, which was uprooted and badly paved by the sub-contractors who were hired to install the carport which that I refused to redo as I was not responsible for the damage," Ncube said.

For refusing to redo it at no fee, his balance was unfairly withheld, he said.

"This has caused conflict between my workers and I, who are still waiting for their payment and experiencing financial difficulties," he said.

Tshego Raphala of Bennie and Sinna Trading said his lawyers advised him not to respond. He urged Ncube to go the legal route.

"My legal team advised me not to comment, so we don't permit you to use my company information.

"We advise the complainant to go the legal route on this matter," Raphala said.

He told Consumer Line that the company hired another contractor to redo Ncube's bad workmanship after he ignored their emails.

He promised to send the emails in question, but failed to do so at the time of publication.

"Don't believe Gold for Life company when they tell you their Mandela coin is a good investment, it's a lie," warns Thuhwane Tsetseoa, who claimed ...
Opinion
2 years ago

He said the MBA has called on all players in the private and public sectors to adopt fair payment practices to avoid reputational damage and also to promote a collaborative spirit.

"Margins in the construction industry are paper thin. It's a serious crisis for small contractors when they are not paid timeously because they rely so heavily on cash flow," Mphomela said.

He said many small businesses risk going out of business if their cash flow is interrupted and, as a result, an increasing number of contractors are refusing to work with principal contractors who have a bad reputation for non-payment.

He said MBA North received inputs from three of its members that throw light on what the impact is and how to solve the issues.

Mphomela said respondents had said that the main reasons for this problem can be traced back to a payment culture in which the odds are stacked against sub-contractors: incorrect budgeting and costing.

The retention of payments until the whole project is completed can mean that sub-contractors do not get paid for years - without even earning interest on outstanding fees.

Principal contractors retain monies due to sub-contractors for spurious reasons, or to make up the shortfall from non-payment of previous contracts. Government entities are particularly guilty of non-payment.

He said payments were delayed regularly or post-dated cheques are issued.

Motlhale says she paid off properties
Opinion
2 years ago

Contracts stipulate that sub-contractors will only be paid once principal contractors are paid by the client.

Subcontractors have no access to professional teams that certify work completed and authorise payment.

"It is clear that contractors have to be more savvy when deciding whether to enter into a contract at all - they must conduct due diligence on prospective clients," Mphomela said.

He said they must also insist on a contract that is fair to them, and that contains clear and inexpensive provisions for dispute resolution.

"Subcontractors should invest in specialised insurance and legal advice to help them take the right steps to maximise their chances of getting paid and, crucially, protect their all-important cash flow."

Mphomela said some key stumbling blocks that emerged in recent years will continue to hamper growth in the construction sector.

"The government is awarding fewer projects and has been slow to pay, which is crippling stakeholders.

"Large contractors are facing business rescue and liquidation as a result, while for sub-contractors with no cash flow wait 180 days or longer for the government to pay, which is devastating."

Mphomela added that the continued slow release of infrastructure projects and payments will impact the sector, with more major construction industries going into collapse if these problems are not given workable solutions.