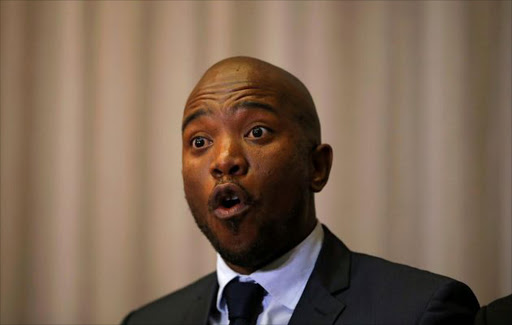 Mmusi Maimane's experience DA leader will add to questions as to whether historically white organisations can ever be truly transformed into ones that are inclusive of all, the writer says.
Image: SIPHIWE SIBEKO / REUTERS

The ongoing implosion of the DA poses some serious questions about the future of political parties in SA.

Has our racially segregated past bestowed upon our nation the legacy of political parties that will always be run on racial lines? Will ours always be a contest between two forms of nationalism, one black and the other white?

Mmusi Maimane was elected DA leader on a ticket that he will transform the historically white party into a non-racial entity whose structures and leadership reflected the demographics of SA.

But the events of the last few days, which culminated in the election of former leader Helen Zille as the new federal council chairperson and Johannesburg mayor Herman Mashaba leaving both the party and his office in a huff, suggest that the Maimane experiment has now collapsed.

The main question now is when, rather than if, is he going to be ousted as leader.

A tumultuous time for the opposition: five must-read DA stories

The latest events in the DA have been far more tumultuous than anyone could have expected.
News
2 years ago

While Zille and her supporters dismiss the notion that her return to active politics, as well as the possible election of Western Cape premier Alan Winde as Maimane's successor, will turn the DA into "a white party", it is clear that it will have to do a lot of work if it is to win the trust of black voters.

Whereas much of the crisis may have been of Maimane's own making - his failure to provide decisive leadership on contentious issues and an ability to sell his vision to all party members - his experience will surely add to questions as to whether historically white organisations can ever be truly transformed into ones that are inclusive of all.

It is an issue that many black executives and managers are grappling with in the white-dominated corporate sector.

We need a strong opposition if ours is going to be a real democracy. We have seen over the years, in a number of provinces and municipalities, that a weak opposition allows for wanton abuse of power by those holding public office.

But can the opposition be effective without being fully representative of the country's majority?

If not, and yet the DA - the second-largest political party in the country - refuses to transform itself, does that suggest there is space in our body politic for a new and black-led liberal-leaning non-racial party?

The writing is on the wall for the DA-heavy coalition government in Johannesburg after mayor Herman Mashaba’s resignation on Monday.
News
2 years ago

The DA should be commended for a successful election of its federal council chairperson at the weekend. It was a highly contested race, with ...
Opinion
2 years ago

The election of Helen Zille to the second most powerful position in the DA at the weekend is key to City of Johannesburg mayor Herman Mashaba’s ...
News
2 years ago
Next Article