South Africans fear future as state has lost its legitimacy 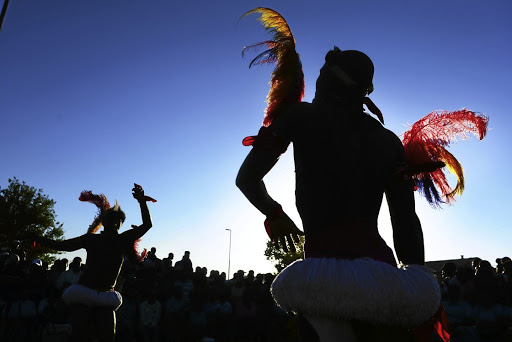 Tomorrow is Heritage Day, the day when we South Africans are expected to celebrate our unique sub-national identities as part of a larger diverse national identity.

The political wisdom of the idea is well reflected in the colours of our national flag, which projects a spectrum of divergent colours that flow in the same direction from a point of convergence without losing their distinctiveness.

The colours represent the diversity of identity streams that constitute the composite whole we call the South African nation.

It was envisioned that, after 1994, identity groups would not cease to exist, but that they would hold hands with others and march in the same direction. That is where the idea of "unity in diversity" comes from, giving rise to the slogan, "diversity is strength".

There is nothing quixotic about the idea. We humans are part of nature, and nothing is as perfect as nature. Yet nature is not a monolith. Diversity is the very pillar that holds nature together. Behold a forest, and you will marvel at how diverse plant species produce the most congruous of harmonies.

Even the development of human societies followed diversity as a guiding principle. From families of diverse fathers, mothers and children, clans were born; and from clans tribes were welded. And so modern society as we know it came about.

Thus, we must pay no heed to philosophical anarchists who peddle chaos theories of disintegration as a necessary return to originality. To think like that is to embrace reverse psychology. Evolution proceeds from the lowest to higher stages, embracing (not eschewing) diversity in the process.

The national incongruence we are witnessing in South Africa today is not a confirmation of the inevitability of disintegration. It is a result of the thinning of the glue that ought to hold our diversity together.

The glue is called the state. The state is supposed to be the glue that binds the different colours (identity streams) that flow unidirectionally on our resplendent national flag.

As diverse peoples holding hands and marching in the same direction, we are to tighten our grip, confident that the state is the torch that illumines our way towards a common destiny.

SA is broke thanks to thieving by ANC cadres in government

For us to feel and sense like that, the state must have legitimacy in our estimation. No group must feel as though the state is not acting in its own interests. Even where the state acts to advance the interests of a group, the justification must make moral sense - as in the promotion and protection of people with disabilities, for example.

The biggest problem in South Africa today is that the state has lost legitimacy in the eyes of the people.

The people who torment foreigners have lost trust in the state. They do not believe that the state can protect their interests as South Africans.

The white people who are building an Afrikaans-only technical college in Pretoria have lost confidence in the state. They do not believe that the state has their interests at heart.

The vigilantes who stone and burn people alive in Port Elizabeth have lost all hope that the state can protect their community from drugs and criminality.

The people who burn houses belonging to ANC councillors in the North West have witnessed how the ANC has turned the state into a wealth-accumulation instrument for comrades and scoundrels in the world of tenders.

When the state loses legitimacy, groups run into their separate laagers. They begin to see their neighbour as a threat, not as a potential partner with whom to hold hands on a march to a common destiny.

That is exactly how most people feel in SA today. "Now that the state has collapsed," people ask, "what must we do?"

As we continue to be haunted by that question, we see evidence that even the leaders we thought would rescue us - such as President Cyril Ramaphosa - have been captured by Bosasa and all manner of white thieves.

Instead of celebrating their diversity in unity, most South Africans are fearful of the future in their country. We all wonder what lies ahead in our troubled nation.