Don't despair about decay in SA today... it's all part of a cycle 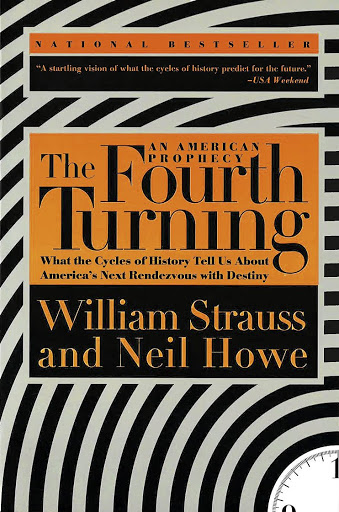 Seasonality also underpins the life of a country.

Three years into post-apartheid SA's democratic euphoria, in 1997, American polymath William Strauss and historian Neil Howe published a book of timeless importance, The Fourth Turning: What the Cycles of History Tell Us About America's Next Rendezvous with Destiny.

While the authors' principal concern was America's future direction, the broad sweep and conceptual scope of the book brought all human beings under the spotlight. Its observations have universal and timeless application.

Returning to the pre-Roman Empire Italian polity of Etruria, the authors find a very useful concept coined by the Etrurians, saeculum, which means "long human life". This was among the earliest known attempts by we, humans to make sense of the idea of time, and come to terms with the fundamental temporality of all things.

The Etrurians reckoned that a long human life spans between 80 and 110 years, and that the life span of a person who has lived so full a life is divided into four phases: childhood, young adulthood, maturity and elderhood.

It does not matter where you are born or raised, the four-phased socio-biological trajectory remains the same, except in instances where some die prematurely, which is an obvious travesty of life.

There are two important lessons arising from this observation. The first is the seasonality of human life, and the second lesson is that life is fundamentally cyclical.

We tend to think of life in terms of a line, a line that moves from backwardness to progress. What we forget is that a line is, essentially, an eternal incompleteness.

From its starting point, a line assumes an unending nature. That is why, geometrically, a line can never bear a full stop.

We bring exogenous instruments of measurement to construct an artificial beginning and end of a line. In truth, a line hangs like a beginningless and endless entity in mid-air.

Our collective, nay historic, life as humans can never proceed in such a linear fashion.

A generation that passes away through the necessity of death is followed by another that undergoes the same stages experienced by the departed generation.

It is for this reason that Strauss and Howe conclude that human life is cyclical, not linear.

The cyclical conception of man is also helpful in understanding the life of a country.

The linear theory of mankind claims that countries proceed from a stage of backwardness, and go further into higher stages of progress, ad infinitum.

In the life of real countries, things don't flow in the direction of perpetual and irreversible progress.

The people who celebrate a progressive Nelson Mandela can be the same people who sing in support of a regressive Jacob Zuma.

From the life of a human being we extrapolate that of nations, which is precisely the wisdom contained in The Fourth Turning.

We are reminded that just as a man's life follows phases - from childhood (flowering) to elderhood (decay) - so does seasonality underpin the life of a country.

If 1994 represented the childhood (flowering) of the politico-economic life of our newly democratised country, 2019 marks our collective elderhood - our decay.

The very people who were brimming with hope in 1994 are the same whose souls are consumed by despair today. Such is the cyclical yoyo of historical life.

Even the so-called civilised countries of the West are not spared. Look at the US, for example. The country in which the revolutionary idea of the "rights of man" was first experimented with in 1776 is the same society whose soil nourishes the thriving tree of white supremacy today.

The UK is another case in point. The very country that has prided itself on being the bastion of the liberal creed is a virulent hotbed of anti-migrant nationalism today.

Germany is graphic in its exemplification of the fundamental cyclicality of man. That the land of Kant, Hegel and Marx allowed itself to be misdirected into the bloody marsh by the intellectual dwarf called Hitler reveals a great deal about man's capacity for cyclical flowering and decay.

So, if you feel gloomy about South Africa today, heap all blame on cyclicality as the chief driver of human history.

Keep in mind, though, that summer is sure to follow spring, just as winter will always follow autumn - ad infinitum.