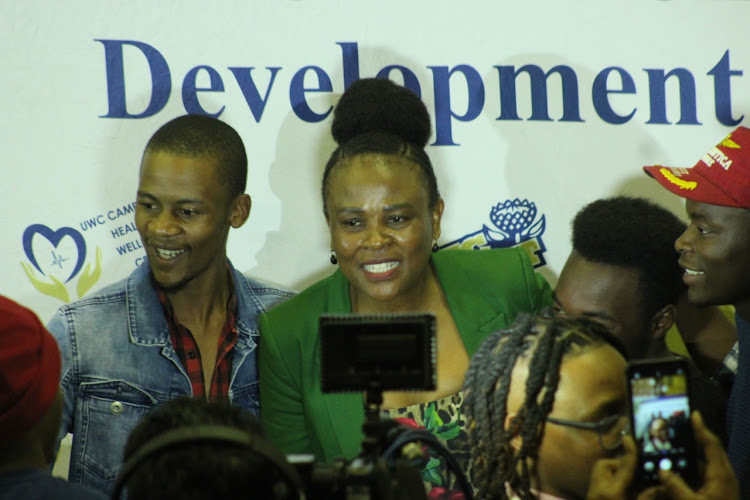 Public Protector Busisiwe Mkhwebane flayed the media for being biased, took a swipe at political analysts and said "judges are fallible" on Friday.

Mkhwebane was speaking at the University of the Western Cape media society launch on the topic “how the South African media has told my story”.

She was part of a panel that included political analyst Prince Mashele and the debate was,  at times, heated.

Mkhwebane accused media houses of having ulterior motives and said, as a result, her office had taken to social media platforms to tell its own story.

“Indeed all of them have ulterior motives,” said Mkhwebane to applause from students.

She said there were "no holy cows" when it came to media organisations.

Ekurhuleni mayor Mzwandile Masina says South Africans need to have a conversation about the judiciary as it's the only arm of state which has a final ...
News
2 years ago

She then fired a broadside at the public broadcaster.

“The very same SABC is biased against my office. I had several interviews with SABC journalists, there is one [whom she named] – he is working for the SABC, which is the public broadcaster. He cannot separate himself from the SABC,” she said. “There was that biasedness.

“One of the SABC interviews I attended with [a senior journalist], you are treated as if it is an interrogation and you are not given an opportunity to present your story. I did an interview with [another journalist] as well. Yes it was an opportunity to present or engage on the issues that are affecting the office, but when it is published the headlines are saying something totally different. And when you listen to what I am saying it is not the same.”

She said although there was diversity in the media, the narrative about her was the same.

Turning to Mashele, she said: “Prince again, it is the same issue with some of the analysts, including yourself, to just talk for the sake of the narrative.

“What do you call a person going to my mother, an 89-year-old, and interviewing my mother without my permission? So all of them, for me, they are in the same bucket.”

The judiciary, which has overturned some of her reports, was also not spared.

Mkhwebane’s chief of staff, Sibusiso Nyembe, complimented her. "She comes to the office every day showing a smile ... despite the attacks. But today I think what is here is only excitement, you know why? Because the young revolutionaries of this country can see beyond Mashele and others,” he said, to loud applause from students.

Mkhwebane quipped that she had heard that Mashele was a member of the DA. Mashele vehemently denied any political alignment.