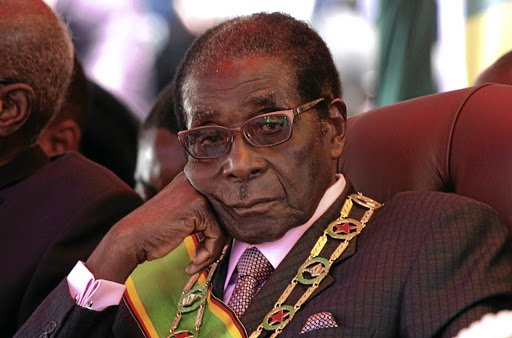 Zimbabwe's former president Robert Mugabe died in a hospital in Singapore last week. He was ousted from power in 2017. / REUTERS

Those who believe in the afterlife would prefer us to let a deity judge whether Mugabe's soul deserves damnation or bliss.

In life Mugabe was a confessed Catholic; maybe that is a ticket to heavenly bliss. For us the living it is not to speculate about Mugabe's possible whereabouts in the afterlife. Ours is to look back on his life.

As we bid him farewell, culture does permit us to testify to the Mugabe we have known.

How he is to be judged is more important than who must judge him.

Mugabe was a protagonist in the drama of history. He claimed for himself a space no-one can usurp. He espoused ideals and placed himself in a position to realise or squander them.

His grand ideals can be divided into two: pre- and post-liberation Zimbabwe.

Mugabe's driving pre-liberation ideal was to see his fellow black people free from white colonial rule. For this he fought and won.

There are those who insist that our judgement criteria must include the social reforms in education and health that Mugabe effected in the early years of his leadership.

Others implore us to throw into the mix the fact that we are dealing with the same Mugabe who oversaw the massacre of about 20000 Ndebele people while he was implementing progressive social reforms and promoting reconciliation in the 1980s.

In that regard, Mugabe was contradiction personified.

Even in the realm of the spirit there is no space between heaven and hell, a province reserved for souls with a mixed record, creatures who did good and committed evil at the same time.

The final look must be the ultimate criterion.

The day Mugabe's body turned cold, what kind of Zimbabwe did he leave behind? Such is the final look we must take to avoid obfuscation by those who want Mugabe suddenly to assume a saintly appearance.

Other than his wife Grace and three children, Mugabe also leaves behind a mess of a country called Zimbabwe.

It is a country more and more Zimbabweans are trying very hard to escape.

Mugabe leaves behind a Zimbabwe with more than 90% unemployment. The only people who enjoy life there are Grace, her three children and swindlers in political circles.

Mugabe leaves behind a country where water is no longer reticulated because the government does not have money to purchase simple chemicals. People drink water from a tap at the risk of contracting cholera.

When cholera has struck, no hospital in Zimbabwe has drugs to treat it. That is why Mugabe himself died in a hospital in Singapore.

He leaves behind a Zimbabwe without electricity. Citizens cook and iron their clothes after midnight, before electricity is switched off at 5am.

Mugabe leaves behind a country whose mad land reform programme has turned a food basket for Southern Africa into a basket case. Today Zimbabwe imports maize, a grain it used to export.

Mugabe claimed to fight against Western imperialism. but he ended up using the US dollar to buy his own Italian suits. Is it not madness to fight Westerners and use their currency and wear their clothes?

In the Zimbabwe that he leaves behind, there is no economy left. Agriculture has collapsed, the textile industry has collapsed, mining has been turned into an illicit industry. Daily life is hard.

He leaves behind a Zimbabwe where the army runs everything, where opposition politicians are endangered species.

Ordinarily, we ought to say about he who has died, "May his soul rest in peace".

Robert Gabriel Mugabe was extraordinary, hence we say, "May his soul forever be haunted by the blood and tears of the Zimbabweans he subjected to unnecessary suffering."