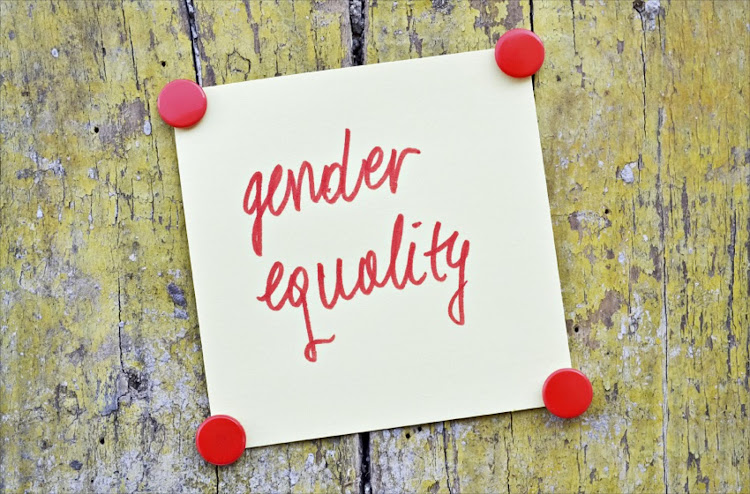 Last week one news site reported the story of a woman who had paid ilobolo for herself and was now hurt and angry that her husband wanted to now marry someone else and pay ilobolo for that person.

In her own words, she had paid for the lobolo, which she kept secret because she hadn't wanted to cause her man any embarrassment in the eyes of her family. She wanted him to retain his pride and standing.

And then later in the week someone tweeted their disgust that a man had asked for petrol for having picked a lady up. The loud question in that tweet was, "where was his pride"?

Several conversations later, here I am, in front of my computer.

So it seems the thing we agree on is that love and dating come with the expectation of money spent. And, traditionally, it is only acceptable that the spending comes from men. Here is my worry, in a world where women are constantly talking and screaming loudly for equality, why is a man asking for financial assistance a thing to be laughed at and frowned on?

Why must his pride and standing be put on the line immediately just for asking for help.

Is the alternative not that he does not show up, switches his phone off and comes up with a lie tomorrow? If I knew that my asking for help would lead me to being ridiculed on social media, I swear on my ancestors I would rather risk being called trash than ask.

Have you ever been involved in lobolo negotiations where everything in the end seemed delayed because somebody has to write down what the families ...
News
2 years ago

I am in no way condoning men who lie and don't show up because some of it is just normal trashy behaviour. Some men are trash unprovoked.

The ilobolo thing gets complicated because it has years and years of tailored tradition and culture practices around it. So, before you guys call me a loose panty like you did last week, I am not suggesting an overhaul of the system.

I am mentioning it but with no appetite to get involved in a fight for now. What I am saying is that as feminists we are constantly asking for, yelling and demanding equality; rightfully so? Are we asking for selective equality then?

If a man does not have money for lobolo, should he be shamed for it? Does it not matter that he has found the love of his life? Must he prove that with his pocket?

Fighting for equal economical rights as women does not mean that the pie gets bigger to accommodate it. Capitalism bends to no one's will. We just all need to share equally or not in the meagre pie, especially as black people.

What that means is that as some women come up, some will stay below a certain tax bracket.

Money has replaced cattle, will talks make way for a prepackaged form?
Opinion
2 years ago

The norm says that women should date men who are taller than them, older than them and who have more money than them. We are already dating shorter men. Where we used to say "never", we are already taking off our clothes for younger men. Can anyone say happy meals? The joy, the delight of it all.

What is it going to take for us to let go of the financial hang ups then? A friend of mine had this to say about it: "South African men are not deserving of our money."

And one can't deny that South African men, collectively, have contributed a lot to the pain and suffering that women have endured. Men need to work on that themselves, outside of this, and urgently.

As women, though, we have to be deliberate and specific about our wants and asks. Shaming men for not having money should not be a part of our new reality. Our families must know we're shameless about it. Otherwise what we do is perpetuate the idea that money belongs to men and that we don't deserve it.