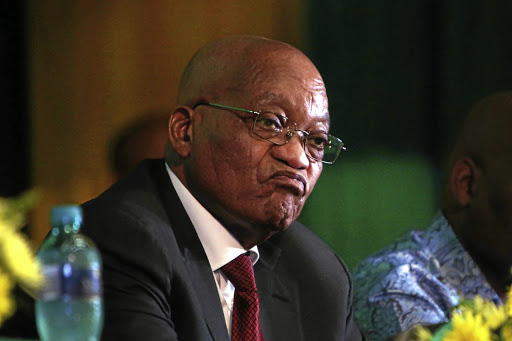 Today, is a big day in the short history of our democracy. It is the day when, finally, Jacob Zuma stands publicly to be interrogated by a commission of inquiry for his central role in state capture.

Not long ago, Zuma used to stand in parliament and laugh at us when we demanded to know why he allowed his Indian friends to defile our state by landing a civilian aeroplane, full of wedding guests, at our air force base.

Not long ago, Zuma used to ridicule us when we demanded to know why he allowed those thieves from India to usurp constitutional powers to appoint ministers.

Not long ago, Zuma and his children used to treat our country like a private fiefdom with which they could do as they wished.

That today we finally watch Zuma being asked questions about the mess he subjected our nation to is important in two ways.

The first lesson for young people who crave political power is that, in a democracy, power does not last very long. You may fancy yourself powerful today, but you will answer questions very soon.

The second lesson is for future generations to realise the folly of electing a clown into office. You may ululate while your bumbling idiot is still president, but you will soon be embarrassed when the clown is out of power.

Zuma has committed unforgivable sins against all South Africans, and specifically against all black people in the world.

It is Zuma and his friends who looted state resources to the extent that today our country teeters on the brink of darkness. No one knows for sure if we will have electricity tomorrow.

Former president Jacob Zuma will appear before the state capture inquiry on Monday.
News
1 year ago

Today, the whole South African state is broke. And Zuma's Indian buddies are enjoying our money in Dubai. They host parties and defecate in public, while workers at Prasa, the SABC, Denel and other state-owed companies don't know if they will receive a salary or not.

Our country now stands on the doorstep of the International Monetary Fund (IMF) with a begging bowl, confirming yet again that we, Africans, cannot govern a state - all thanks to Zuma and his fellow thieves.

If Satan is the embodiment of evil - in a moral, not a religious, sense - Zuma is our Satan as black people. He is the personification of our political evil.

History had conspired to let the black people of SA get their political liberation almost last. This was after most African states that had gained their independence in the 1960s and '70s had gone to the dogs.

Thus we black people of SA were given the opportunity to be the last flag bearers of the entire dark-skinned race across the world.

That we inherited the most economically developed state in Africa was as if the gods wanted to demonstrate to all racists in the world that they had been wrong about black people.

All black people in the world were proud to associate themselves with Nelson Mandela in 1994. Mandela knew that he held the torch not only for the black people of SA, but for the entire black race in the world. He did not disappoint.

His Aids denialism and Zimbabwe notwithstanding, even Thabo Mbeki did his best to show the world that we black people are civilised human beings capable of sound judgment.

Under Mbeki, it was also "good to be an African".

Then came Zuma. He giggled and danced like a clown while all manner of thieves working with him were busy looting state resources as if there would be no tomorrow.

That Zuma today sits before the Zondo commission of inquiry into state capture to be interrogated shows that in a democracy, unlike in a tyranny, tomorrow does finally come.

While the Guptas on the other side enjoy partying until they defecate in public, their kleptocratic friend this side of the ocean is being grilled, also in public.