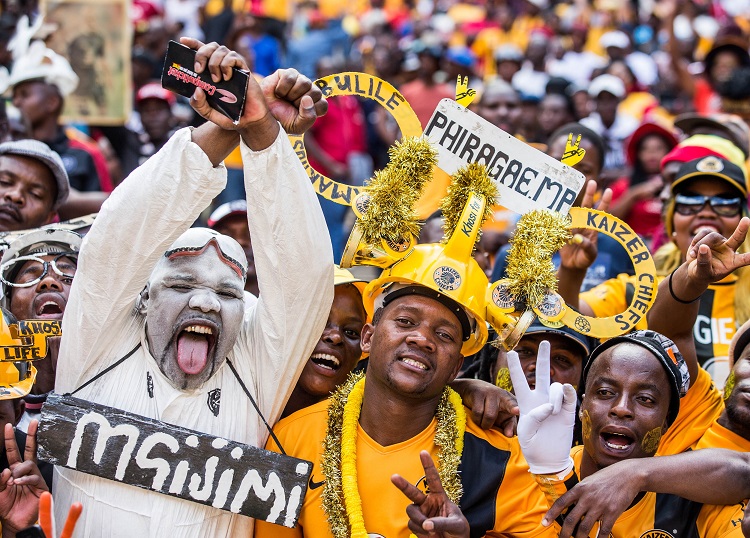 Another blow to democracy. The last rock has been catapulted by politics of sycophancy and incompetency that saw some of the strategic installation handed down to economic illiterates.

Last week, I penned how our most notable sport by spectator numbers, soccer, contributed to democratising the state and creating harmonious relationships amongst rival fans, whilst strengthening accountability internally.

This significant driver of democracy in SA for reasons of plunder, state capture and mismanagement, has now been blocked out by the public broadcaster from millions of fans' homes.

Engaging with democracy in a practical and entertaining way is vanishing from the South African scene. Edutainment and statistical analysis that came on your screen through excellent commentary by non-statisticians has disappeared, leaving South Africans less numerate.

Jimmy Tau, the former Kaizer Chiefs captain, would take you through the match statistics and relative positioning of players, a matter of both geometry and statistics feat.

One through which children can study statistics and work out probabilities and geometry.

It includes the plan, the implementation and a summative assessment of all of it in unending discussions amongst fans.

Then coaches of the winning and the losing teams will have a post-match interview at the end of the game.

There is no place to hide.

This practice gave democracy a public face and meaning to accountability.

This is something that politicians should learn from.

That the public lecture on democracy - the only window through which South Africans do not only listen, see, actively participate more than a week ahead in the 90 minutes, but also for ages to come - is no longer available to them is a distasteful indictment to our politics.

All these happened because of political meddling, greed and bad management.

Whatever impasse that exists between MultiChoice and SABC, it's unfortunate that ordinary soccer-loving South Africans are now affected.
Opinion
3 years ago

Screened on SABC, the public at home and screening venues would not only engage with the game, but with the fans who, before the game, would be beaming with confidence and as the game wears you also see excitement and stress on their faces.

The players would be on public display with the coach.

Post the game, emotions not withstanding, each individual has a say on how the game went.

Our sickening politics has been so invasive, silly and destructive that it has undermined that which drives social cohesion in a real progressive manner.

The most exciting part of democratic participation, is when fans have a final say on who should be fielded in the competition and the coach abides by their wishes - a strong tenet of democratic practice.

Having made such an effort and given that FNB Stadium can take only up to 90,000 spectators, why should politicians deprive South Africans this opportunity of participating in the democratic process that the likes of Kaizer Motaung and Jomo Sono, the most eminent South African entrepreneurs, built with sweat, blood and tears?

Instead of a solution, the situation has become worse with Sunday Times reporting that the public broadcaster has informed its 18 radio stations that ...
Opinion
3 years ago

The acting chief operations officer of the cash-strapped SABC has resigned.
News
3 years ago
Next Article