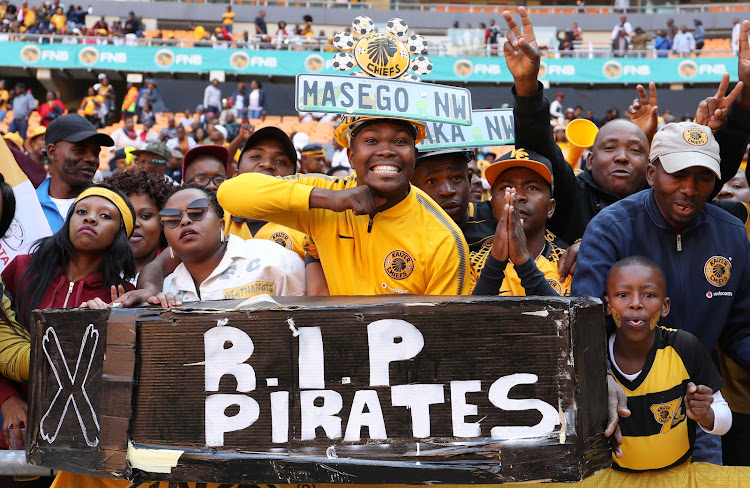 SuperSport says they were willing to attend a meeting called by government to discuss the blackout of Premiership matches on SABC television but group chief executive Gideon Khobane's trip overseas prevented the pay-TV channel from attending.

Soccer lovers without access to DStv were left in the dark on the opening day of the season a few days ago and SuperSport were conspicuous with the absence this week at a high-level meeting that was held to discuss the impasse between the minister of communications and digital technologies‚ Stella Ndabeni-Abrahams‚ minister of sport‚ arts and culture‚ Nathi Mthethwa and the SABC.

The Premier Soccer League (PSL) also did not attend the meeting.

"Our Group CEO was travelling overseas at the time of the proposed meeting‚” said Joe Heshu‚ group executive for corporate affairs.

“We were quite willing to attend in his absence‚ but expressed the view that we would prefer his attendance.

"This was understood by the ministries’ representatives‚ for which we are most appreciative.

“We thank the ministers for confirming that they shall continue with engagement and look forward to engaging with them regarding this matter."

PSL spokesman Luxolo September said only Irvin Khoza‚ the chairman of the league‚ was mandated to comment on this matter.

Attempts to get hold of Khoza were not successful.

“In the absence of the PSL and SuperSport leadership‚ minister Nathi Mthethwa of sports and Stella Ndabeni-Abrahams of communications‚ held the meeting with the leadership of the SABC‚ comprising members of the Executive as well as members of the Board‚” the two ministers said in a statement.

“The SABC briefed both ministers in order to provide an in-depth understanding of the events that have led to the very regrettable and unfortunate happenstance relating to the acquisition – or rather‚ the failure thereof- of Premier Soccer League (PSL) broadcasting rights.

“The scheduled meeting invitation was also extended to both PSL‚ and current soccer broadcast rights holder SuperSport‚ and both parties could not attend this meeting due to prior commitments.

“However‚ this being an on-going stakeholder engagement‚ both Ministers will continue engaging the remaining parties in their joint and individual capacities.

"Minister Mthethwa has since met with the chairperson of the PSL‚ Dr Irvin Khoza in this regard.”

While both ministers said they were treating the matter as urgent‚ it was not clear whether there would be a decision to broadcast the PSL matches by the SABC this coming weekend.

The cash-strapped public broadcaster has made it clear that it can’t afford to honour the agreement to pay SuperSport R280m for the 144 matches they broadcast per year for a period of five years.

It was estimated that during that period the SABC would earn R9.8m as revenue per year‚ which meant a huge loss to the public broadcaster.