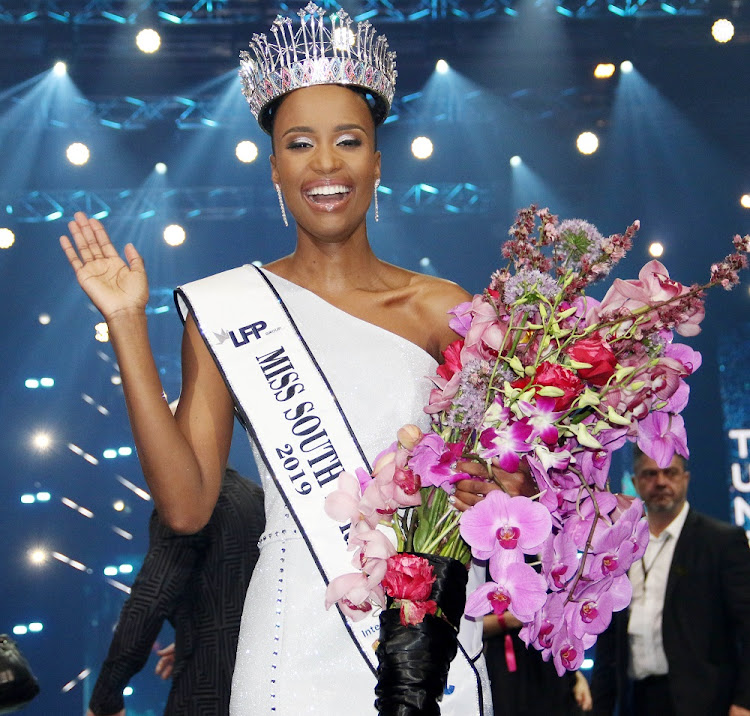 Zozibini Tunzi is not shaken by the controversial Metro FM poll that questioned her beauty after she was crowned the new Miss SA.

The radio station has apologised over a poll that was uploaded on Twitter on Saturday morning asking if 25-year-old Tunzi was “stunning”, “just ok” or “wrong choice”.

Speaking to Sowetan on Sunday, the public relations graduate from Tsolo,  Eastern Cape, said beauty is subjective and she will be bothered if the poll questioned her intelligence instead.

“People have been sending me screenshots of it [the poll] and it’s a bit sad. People have their opinion and it is what it is.

“Beauty is subjective. You look different to different people, which is why beauty is not even a thing for me.

“If you say to me that ‘you are ugly’ I don’t even care. I’d be more affected if someone said I wasn’t smart. Then I would have been hurt. But being pretty? I don’t really care and not interested.”

SABC has distanced itself from the post that was shared during Mo G and Bujy’s show The Wkndr.

“The SABC can confirm that the Twitter poll that went out on Metro FM's account for #TheWkndr Show, was unapproved content placed on social media without endorsement from the station,” SABC spokesperson Vuyo Mthembu said.

We have a new Miss SA!
News
1 year ago

“The SABC does not stand for the content of this poll and distances itself from it. We consider this to be totally against our ethos and brand values. Relevant internal measures against those found responsible will be applicable.

“We, together with the rest of the country, celebrate women of all backgrounds and are truly proud of the new Miss South Africa, Zozibini Tunzi. We sincerely apologise to her and the rest of South Africa unreservedly.”

The station has received widespread backlash from social media users.

“You couldn’t forgive DJ Fresh, why must we forgive you...” @nNdlunkulu_Xoli tweeted.

“Metro FM is a mess though. How did they think that poll was the one?” @YayaRSA asked.

“You can’t treat your staff as ‘us and them’. That’s why your staff are disengaged. These are your people,” @ncusahrMD shared.