Sex is not a tool for punishment, unlike what Mantashe says 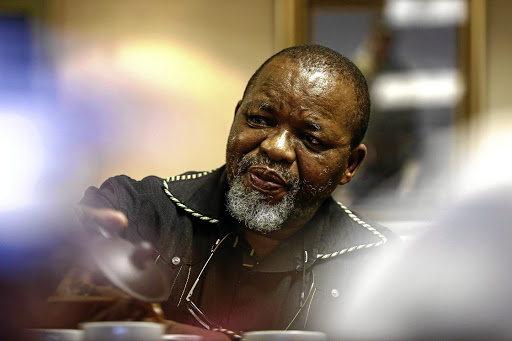 ANC national chairperson Gwede Mantashe saying a natural way to punish a woman is in the bedroom is problematic, says the writer.
Image: Moeletsi Mabe

The ANC's national chairperson Gwede Mantashe recently said "there's a natural way to punish a woman in the bedroom, I don't understand why men use physical violence" during an interview with eNCA's Xoli Mngambi.

He said this in the wake of Babes Wodumo's abuse, that was recorded and shared on various online platforms. Why is this important, you may ask?

This is important because language is a tool for articulating our views, values, principles and thoughts. Language, as the president recently said during the Human Rights Day commemoration, is both empowering and gives a sense of pride.

It is problematic for Mantashe to use violence in the same sentence with intimacy. Sex or love making is an expression of deep intimacy and has nothing to do with violence.

It can't be correct to equate sex with punishment or with violence for that matter; sex is meant to be enjoyed by both parties.

Some may argue that all he was saying comes from a well-meaning place and that I am pedantic, or I am misunderstanding what he meant. It is problematic to use language that disempowers women and creates an environment where it is easy for violence or the condoning of it, to be seen as normal.

This language is a manifestation of what toxic masculinity is, a concept which the Goodman project defines as; "a narrow and repressive description of manhood, designating manhood as defined by violence, sex, status and aggression.

"It's the cultural ideal of maleness, where strength is everything, while emotions are a weakness, sex and brutality are yardsticks by which men are measured."

Most cultural and religious institutions teach us men to be in charge, in control and in domination over, in most cases women, and men who are not are considered weaklings.

It would be complicit of us men if we do not call each other out when we use misogynistic language and see nothing wrong with it. What Mantashe said reminded me of the plight of lesbian women who, on a daily basis, are raped and harassed, in the name of the so-called corrective rape.

SA needs to create a culture where boys are taught to respect girls’ bodies in order to help reduce rape culture.
Opinion
2 years ago

What is it that needs to be corrected about a woman who is attracted to other women, other than a toxic, heteronormative culture that our society has bought us into?

In fact, it is this culture that needs to be corrected if we are to create a generation of men who will be an embodiment of what equitable relationships are all about. These cultural and religious teachings are at the core of women's subjugation and oppression.

Even some scriptures in the Bible talk about women submitting to their husband's authority. There are many cultural teachings which use language that seeks to reduce women's role during intimacy as that of being passive and voiceless.

Women are continuously denied and undervalued because of language that does not allow them to be expressive during sex.

In most cases women are not allowed to initiate sex; if they do, they will be labelled as either being sluts, loose, unAfrican, confused and an embarrassment.

Language is never neutral, so it is critical that we are conscious of our thoughts and how we articulate them, especially in a country where women's bodies have always been used as battlegrounds.

We should be asking ourselves this succinct question; what would a young man or young woman say when listening to Mantashe's thoughts about the bedroom being a site of punishment?

There is a likelihood that this young man would think, "see! the only language that an assertive and opinionated woman would understand is punishment via the penis".

This is in line with some of the problematic statements many assertive, powerful and no nonsense-taking women face, as men will murmur in corridors "she just needs good sex, to put her in her place and relax her".

We have normalised sex into being a tool of reforming a woman or putting her in "her place", a tool that can be used to reassert power, yet sex is there to be enjoyed. It, therefore, cannot and should not be likened to a tool of repression. Moreover, conflict resolution does not necessitate punishment or violence.