Black men are not violent by nature - socialisation is to blame 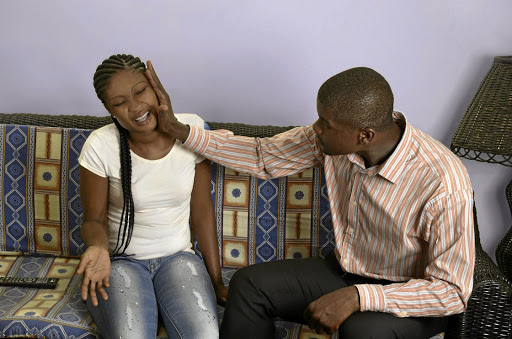 Black men are not born violent, they learn violence, and they can unlearn it, the writer says.
Image: 123rf

Are we violent as black men or is violence something that we have learnt and we can unlearn?

I am grappling with this question in the wake of what Mampintsha and a host of us black people who abuse women that we profess to love and cherish.

Is there something in our DNA that makes us violent or is it our socialisation? In answering these questions, I am convinced that violence is not in our DNA as black men, but we have been socialised to deal with any disagreement with force, without even thinking twice.

If you ask me, there is nothing that makes us inherently violent as black men. I continue to reflect on these questions because we are faced with stories of violence every day.

I am convinced that violence is what we have come to accept as a normal response, and it is not. We are not a violent nation as black men but it is our terrible socialisation which has made us look at violence as the only solution.

Why am I arguing that there is nothing in our DNA that makes us violent? Look at Oscar Pistorius, Jason Rohde and a host of other white males who are in jail because they killed their partners.

Judge Gayaat Sali-Hlophe said this when he sentenced Rohde: "You murdered Susan with the direct intention to kill her.

"She looked to you for protection and would've trusted you to care and protect her. Instead, you bridged this trust, attacked and murdered her in your private space."

This is a clear example that we as black men are not the sole perpetrators of violence against those who we claim to love and cherish. We should debunk this myth because all it does is to characterise us as a nation of hooligans and murderers. What worries me is that it gives credence to a falsehood that there is nothing good about us and that we are inherently bad.

The Mampintshas, Arthur Mafokates, Mzwakhe Mbulis, all of them do not represent us as black men and this must be said by all of us if we are to change this debilitating narrative that we were born violent. If we do not change this narrative, we as black men will continue being objects of research, for whenever researchers want to study men and violence.

You will hardly find researchers doing work relating to men and violence in Bryanston, Sandton, Parkmore and Rosebank; you will largely locate these researchers in places which have a black man's face, places such as Tembisa, Soweto, Sebokeng, Mamelodi, Khayelitsha, Nyanga and Sharpeville.

In some rare instances, you will find researchers in coloured areas, especially the Cape Flats. The reason is simple - for researchers and many other South Africans, violence against women has a black man's face.

It is no wonder that the Oscar Pistoriuses of this world will literally get away with murder in some instances.

Even those who do work against gender-based violence hardly think of doing this research in Indian, coloured and white spaces because we as black men have given them a licence to look at us as the only candidates for work around sexual violence and gender- based violence.

If truth be told, we are responsible for making ourselves the face of violence against black women. I am convinced that black women don't need us to protect them because they are not minors and we don't own them or their bodies.

Violence takes away our dignity as black men, it is about time that we as black men reject all forms of violence and do this for no one else but ourselves and future generations.

We are not born violent, we learn violence, and we can therefore unlearn it.