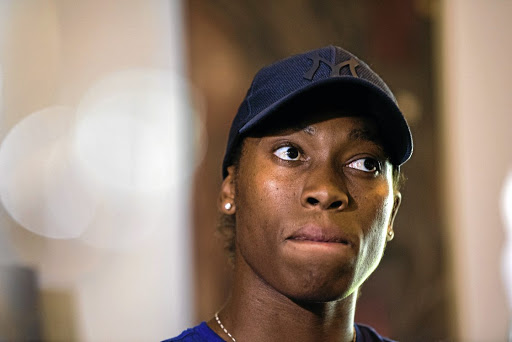 Mokgadi Caster Semenya is at the Court of Arbitration for Sport in Lausanne, Switzerland. She is there to appeal against a misogynistic, patriarchal ruling which would not only humiliate her but take away her dignity.

It would be naive to think that Semenya's saga is a purely medical issue. In fact, it is not Semenya's biological make up which is on trial but the black women's body.

This trial is the manifestation of what slavery, colonialism and apartheid has always been towards the black body; it is especially vicious when it deals with the black body.

This has happened from time immemorial. Semenya is a representation of the viciousness of the system called patriarchy.

Former president Kgalema Motlanthe, writing in the book Confronting Inequality - The South African Crisis, says "our conversations must be underscored by the realisation that there are real, human lives beneath data and academic terminology".

"The people most affected by the scourge of inequality must be kept in mind, as we seek to [normalise freedom] and create a country that can truly claim freedom, justice and equality as its reality."

One should replace "create a country" with "create a world" which not only acknowledges the presence of the black body but respects it, because black women's bodies matter.

The International Association of Athletics Federations (IAAF) regulations, if implemented, will be a continuation of the humiliation, dehumanisation and degradation that black people all over the world have had to contend with, especially black women.

Semenya is a young, courageous black woman who has retained her dignity in the face of what is an overwhelming persecution for just being different. This persecution of the black body is not a recent occurrence but it has always been a well- calculated Western onslaught on the black body.

Deputy Director-General in the Presidency Busani Ngcaweni writes: "Somewhere in the world this week congregate a group of men [majority Caucasian] whose mission is to strengthen their hand in the application of a global matrixes of power that targets the people of the global south and women in particular -trapping them into objects of gaze and subjugation. "In the so-called civilised world a young woman from SA is being stripped naked, paraded to the indifferent world audience, for she is regarded an oddity who must be examined by 'scientists' in order to conclude 'she is a man'."

I am in full agreement with Ngcaweni, in that this is history repeating itself. Semenya's experience can indeed be likened to that of our very own Saartjie Baartman, who was paraded and humiliated for what she was born with. Semenya's humiliating treatment is not accidental or unique, it is neither some scientific probe but a well thought-out strategy to reduce black women's bodies, in particular, to nothingness.

Sexism and its ugly attendant consequences manifest in various toxic ways and in the present day nothing articulates this as clearly as Semenya's case.

President of the IAAF Sebastian Coe has this to say: "Today is a very, very important day. The regulations that we are introducing are there to protect the sanctity of fair and open competition."

This is a lie and he knows it. Athletes are born with characteristics that set them apart from us, and this is why they end up being athletes.

Most basketball players are taller than the average man and, as a result, this gives them an added advantage in the sport. However, we do not see them being disqualified from participating.

In the academic space, those with higher IQ levels are not disqualified based on this natural disposition. Semenya is in no way different, she does not inject herself with any added supplement or hormone. Semenya was born with these elevated testosterone levels and nature should not be tampered with.

These inconsistencies are all proof what patriarchy is capable of doing all over the world. The fact that Caster has to defend her natural disposition should be something we are all concerned about.

Black men, we have a responsibility to raise our voices because keeping quiet makes us complicit in her degradation. Remember the old trade union slogan - an injury to one is an injury to all.

Semenya's persecution is a sum of our own degrading and humiliating experiences on a daily basis. Her struggle is our struggle. Looking the other way is a luxury that neither black men nor black women can afford. Semenya, you are us and we are you, we are fully behind you.