We must isolate toxic racism of of the Agrizzis and Maasdorps 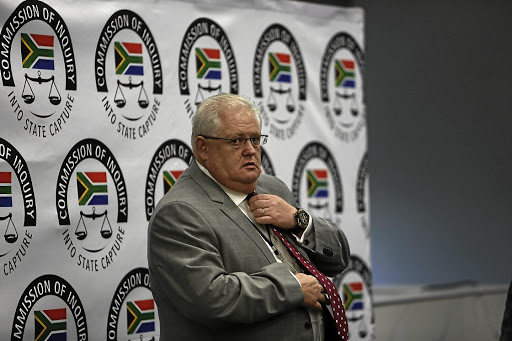 Former Bosasa chief operations officer Angelo Agrizzi openly admitted during his testimony at the commission of inquiry into state capture that he is a racist.
Image: ALON SKUY

Angelo Agrizzi's venality stinks to the heavens after he openly declared that he is racist.

I wonder what makes him so brazen about it. Is it because he knows that nothing will happen to him.

The sad part about his brazenness is his belief that it is OK to be racist, so long as you limit your beliefs to your private space.

Kudos to deputy chief justice Raymond Zondo for rebuking him by drawing his attention to the fact that there is nothing acceptable about racism, whether one is in their private or public space.

Racism demeans, disrespects and humiliates those it is directed at. Surely there can be no excuse for such behaviour.

Agrizzi is in good company with Lindsay Maasdorp and Andile Mngxitama, who are both from the lunatic fringe Black First Land First brigade. I say this because Maasdorp agreed with Siyanda Gumede who said on Twitter: "I don't have heart to feel pain for white kids. Minus three future problems."

He was referring to the three pupils who died at the scene at Hoërskool Driehoek in Vanderbijlpark.

Maasdorp added her voice to Gumede's cringe-worthy words on Twitter and said: "Siyanda Gumede is correct! God is responding. Why should we frown on the ancestor's petitions to punish the land thieves including their offspring."

How heartless, insensitive and angry can one get, with such utterances?

What is common among all of them is their toxicity and narcissistic nature.

Racism is like drinking poison and expecting the other person to die. It consumes you and eats you up, instead of the person you direct the hate towards.

Racism is corrosive to the body and, moreover, to our country's future.

Lillian Smith, in her book Killers of the Dream, says "these ceremonials in honour of white supremacy, performed from babyhood, slip from the conscious mind down deep into muscles. and become difficult to tear out".

I find the above interesting in that it addresses the difficulty of exorcising the demons of racism, sexism, tribalism, bigotry and toxic masculinity. I want to argue that none of us are born racists, misogynists or patriarchs. All of these are learnt behaviours, and we can unlearn these if we actively work at it.

At the core of it all is the power of socialisation. As Robin DiAngelo says in her book White Fragility, "we have all been taught in schools, through movies, and from family members, teachers and clergy that it is important not to be prejudiced".

It is important to always be aware of the power of language, especially as we communicate with our kids.

Do I teach my children to hate or do I teach them to be tolerant? Have we made sure that the curriculums in our schools have moved away from teaching children about the unimaginative Jan van Riebeeck and how he discovered the dark continent?

Have our schools instead integrated teachings on tolerance, respect and equality among races, cultural groups and sexual orientations?

We all have a role to play in ensuring that bigotry and prejudice do not define our DNA as a nation.

All of us have a role to play in ensuring that our deep and dark history of prejudice, segregation and discrimination does not repeat itself, and we can do this in the different roles we find ourselves in.

In this manner we can isolate and alienate the Agrizzis and Maasdorps of this world.