Risk of hospitalisation for general population is lower with this variant 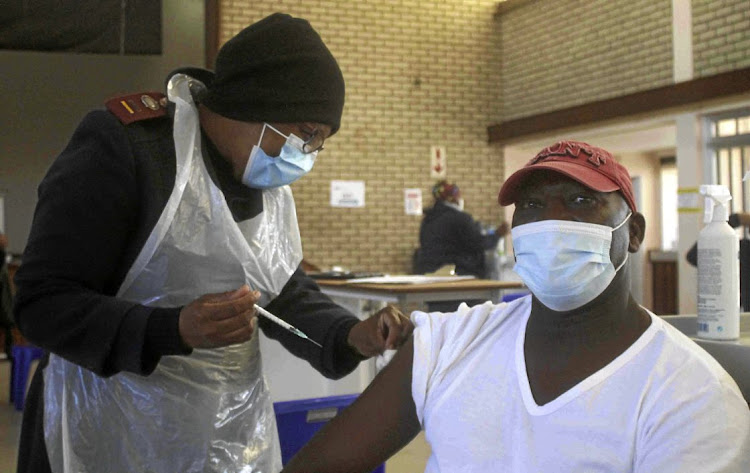 A new study by Discovery Health and the SA Medical Research Council shows a reduced chance of hospitalisation with the Omicron variant, though the reinfection rate is high. File photo.
Image: Kabelo Mokoena

A double dose of the Pfizer Covid-19 vaccine has 70% effectiveness against the Omicron variant of the virus, according to Discovery Health data.

Discovery Health CEO Ryan Noach made the announcement during a media briefing where the company released its first at-scale analysis of real-world experience of the Omicron outbreak from SA.

Noach was joined by SA Medical Research Council (SAMRC) president and CEO professor Glenda Gray on Tuesday during the webinar.

“What's been reported regarding Omicron is that it's a lot milder than the previous variants we've seen and hospital admissions are people who are mostly unvaccinated.

“Omicron has materially reduced vaccine effectiveness against new infections. Effectiveness has dropped from 80% pre-Omicron, which is potentially compounded by the waning durability,” he said.

Noach said that Omicron accounts for 90% of Covid-19 infections in the country.

He also said there was a higher number of children being infected with Covid-19 than in previous waves.

“There is a higher number of paediatric cases than prior waves and children experience similar symptoms to adults but these only last for a period of three days,” he said.

He said he was concerned to see the rise in cases of children between the ages of 0-4.

Noach said children have a higher risk of admissions during Omicron than adults.

“This number might seem high but the increase is only by percentage points considering there is a lower number of hospital admissions than with previous variants...

“Hospitals conduct routine checks when admitting patients for other illnesses and the positive cases are then discovered. Both private and public hospitals are finding a high prevalence of Covid-19 in routine screening of  patients admitted,” Noach said.

Speaking on the booster vaccines, Gray said getting vaccinated was the only means of protection against Covid-19.

Addressing the Johnson & Johnson booster shot, she said no-one had died from Omicron so far when looking at the Sisonke two trials.

“We are busy looking at that right now. For Sisonke, although we have had lots of breakthrough infections, there have been minimal admissions and as of now no deaths This demonstrates that the vaccine is working against severe disease,” she said.

Gray said: “We hope they will make the announcement this week. Sahpra received the dossier on Thursday night.”

Questioned on whether the lower severity of Omicron was based in any way on a less virulent strain or prior infection, Gray said further studies would be able to provide a response to that.

“The underlying pre-existing immunity from prior infections and vaccine coverage may impact on disease outcome and severity.

“We need to see how Omicron behaves in low-vaccine coverage countries and low prior infections. It may not be an indicator of less virulence,” she said.

Are two jabs of the Pfizer vaccine enough to protect against the Omicron variant?

Two doses appear to still be able to protect vaccinated people from severe illness and death, but a third dose improves protection.
News
5 months ago
Next Article