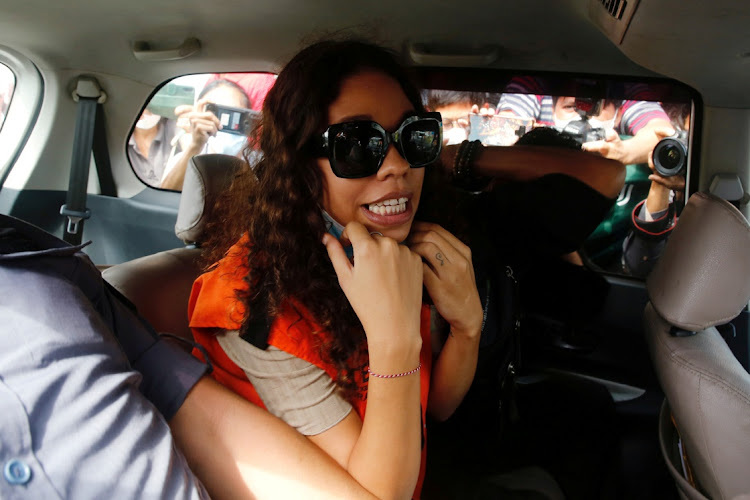 Heather Mack, an American woman jailed in 2015 with her boyfriend after being found guilty of playing a role for murdering her mother and stuffing the remains in a suitcase, is seen inside an immigration car, after being released from Kerobokan Prison in Denpasar, Bali, Indonesia, October 29, 2021.
Image: REUTERS/Johannes P. Christo/File Photo

An American woman who was recently released from prison after serving part of a 10-year sentence for her role in the murder of her mother will be deported and return home on Tuesday, an immigration official in Bali said.

Heather Mack, originally from Chicago, was jailed in 2015 with her boyfriend Tommy Schaefer for killing her mother Sheila von Wiese-Mack and stuffing her remains in a suitcase on the Indonesian island of Bali.

Arrested in 2014 in a case that captured global attention due to its grisly nature, Schaefer was sentenced in 2015 to 18 years for premeditated murder, while Mack, then 19, received a 10-year sentence for being an accessory to murder.

Last week, Mack was released from prison after being given a 34-month remission for good behaviour, according to Kerobokan prison's chief for women inmates Lili, who goes by only one name.

I Putu Surya Dharma, the immigration official, told Reuters on Tuesday Mack was now being deported, in accordance with Indonesian law.

"She's served her punishment and her permits expired," he said, adding that Mack's flight was due to leave on Tuesday evening and that she would be arriving in Chicago's O'Hare airport.

Mack had given birth to a baby before she was sentenced. Mack's lawyer, Yulius Benyamin Seran, told Reuters the child would be returning with her to the United States.

Asked about other details of her deportation, the lawyer said:

"I can't answer that question. After I meet with Heather before she's deported, I will be able to answer."