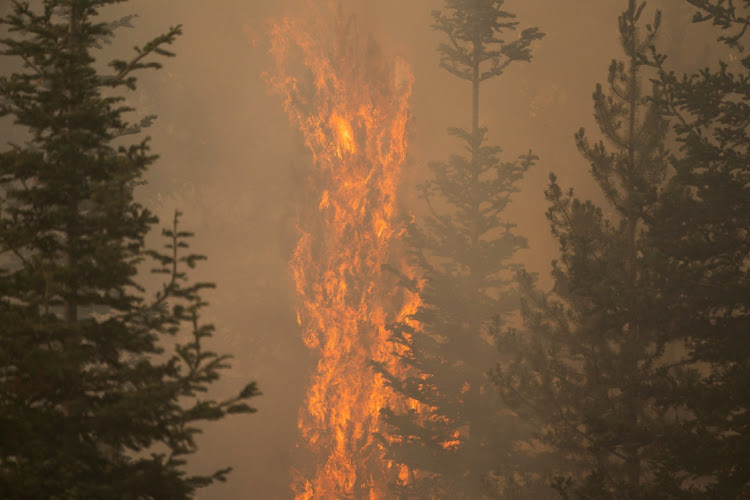 Dozens of wildfires in the western US and Canada, led by a massive blaze in Oregon, are sending smoke eastward, worsening air quality and causing colourful sunsets in some places.

More than 80 large wildfires in 13 western states charred nearly 1.3 million acres (526,090 hectares), an area larger than the state of Delaware, by Tuesday, according to the National Interagency Fire Center (NIFC) in Boise, Idaho.

But due to the jet stream and other cross-continental air currents, the regional disasters were being felt nationally.

Wildfire smoke prompted an advisory from New York health and environmental authorities on Tuesday for fine particulate matter as the region's Air Quality Index hit 118, which is unhealthy for sensitive groups such as people with breathing problems.

AQI readings well above 100 were also recorded in other Northeast cities, including Boston, Hartford and Philadelphia.

In Cleveland and Detroit, AQI topped 125, which NIFC meteorologist Nick Nauslar said was likely caused by smoke from Canadian wildfires in southeast Manitoba and southwest Ontario.

While some smoke diffuses into the upper atmosphere after travelling thousands of miles, it still can lower air quality, Nauslar said.

Unhealthy AQI readings were recorded on Monday in parts of Idaho and Montana, which, along with Washington state, are in the wind-driven path of smoke from southern Oregon's Bootleg fire, according to air resource adviser Margaret Key.

As of Tuesday, the fire had destroyed 67 homes and was threatening 3,400 more. An estimated 2,100 people were under evacuation orders or on standby alert to be ready to flee at a moment's notice.

Rising smoke from the fire raging in and around the Fremont-Winema National Forest about 250 miles (400km) south of Portland has already produced at least two pyrocumulonimbus clouds, an unusual phenomenon often called fire clouds, the NIFC's Nauslar said.

“It can start to produce its own lightning, and essentially become a fire generated thunderstorm,” he said by phone. This can cause rapid and erratic fire spread.”