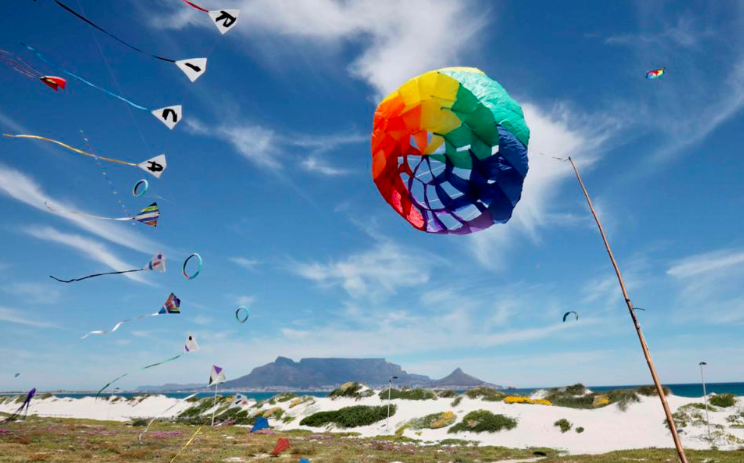 Cape Town's coastal tourism is under threat from rising sea levels and beaches are likely to disappear.

The problem is so serious that businesses along the shoreline are urged to increase their insurance cover to protect themselves from anticipated surge in damage caused by the rising sea levels and extreme weather.

Cape Town tourist attractions which are at risk include Cape Point, the V&A Waterfront, Robben Island and a number of beaches in False Bay.

These are the findings of a new study  in the Journal of Outdoor Recreation and Tourism by researchers at Vaal University of Technology and Unisa.

“While there is agreement among tourism role players on tourism's potential to contribute to socio-economic and environmental development, the industry is under severe threat from the increased impact of climate variability and change,” say the authors.

“Current and projected rising sea levels, as well as other extreme weather events such as the increased storm intensity, trigger massive waves and tides that result in storm surges, which overtop and encroach into the land surface area.”

The study found that at least 80% of Cape Town’s 2019/2020 Blue Flag beaches are  under threat from rising sea levels and coastal erosion.

“The study also found that some of the iconic tourist attractions such as Cape Point, V&A Waterfront, Robben Island and several beaches along the False Bay area are under the same threat.

“Other tourism facilities under threat of weather extremes from climate change include servitudes, coastal roads, railway facilities and tidal pools: all threatening the attractiveness of some resorts,” said authors Kaitano Dube, Godwell Nhamo and David Chikodzi.

“Rising sea levels are a huge challenge that requires innovative solutions for the city of Cape Town,” the study says.

It is without a doubt that everyone must have sustainable sanitation alongside clean water and handwashing facilities to help protect and maintain ...
Opinion
1 year ago

“Given the threat that the industry is facing, there is a need for a public-private partnership aimed at ensuring that there are sufficient resources to help [ensure] the tourism sector is capable of adapting to climate change.

“Increased insurance cover is a must to protect businesses from anticipated increased damage from rising sea levels and associated weather extreme events.

“Continued risk assessment is a must to ensure the industry is abreast with the continued changes which are threats to coastal tourism resorts and infrastructure.”

The study cited the 2018 intergovernmental panel on climate change special report on the impacts of global warming of 1.5°C above pre-industrial levels.

The report “warned that human beings had caused global temperature to increase by about 1°C and that it was on course to reach the tipping point of 1.5°C by 2030 if greenhouse gas emissions are not drastically reduced”.

The study said: “The increase in carbon emissions and consequent increase in temperature has been marked by a spike in extreme weather events inland and near coastal areas.

“Of note has been the most violent weather events experienced in the year 2019 characterised by extreme wildfires, droughts, floods and extreme rainfall across the world.

“The Southern Africa region was not spared either. Two extremes in the form of a severe drought and two tropical cyclones, Idai and Kenneth, affected almost every country in the region with severe implications on people's socio-economic livelihoods.”

According to  the study, storms have increased in Cape Town and have negative implications for tourism activities in the city. It also noted that out of the 10 Blue Flag beaches, eight were subjected to erosion.

This year will go down as the one in which climate change truly hit the mainstream in terms of awareness and protest action. But whether this affects ...
News
2 years ago

“Although they did not become part of our key focus, the following beaches were observed to be under significant threat from erosion: Fish Hoek, Melkbosstrand, Bikini, Strandfontein, Muizenberg, Camps Bay, Silwerstroomstrand and Clifton fourth beach.

“As of 2019, SA had 45 Blue Flag beaches, and more than 20% of these were in Cape Town. This implies that about 18% of the country's prime beaches are under some degree of threat from erosion; this is indeed cause for concern as it may negatively affect tourism figures.

“The Bikini Beach, located in the high-end market area of Gordon's Bay, is one of the Blue Flag beaches under threat from high-tide erosion. During high-tide episodes, a larger part of the beach usually gets covered in water, which leaves some bare rocks and limits the sand beach area to a tiny area.”

The boat and yacht club in Gordon’s Bay is also under threat.

“Water often overtops the slipway, posing a threat to boats. As a control measure, dolos reinforcements were utilised to try and reduce the impact of the tides. However, field observations showed that there was overtopping of the dolos by tides.

“A few tourists who posted comments on the beach's Google Review platform noted that even though the beach is located in a beautiful and secure area, safety from tides and intense wave action is a concern, especially during storms.

“In addition, the rising sea level will undoubtedly demand that more dolos or some other alternative be put in place to protect the yacht club, which is a significant revenue generator for that area.”

In Harbour Island, rising sea levels, coastal erosion and high tides “threaten the eateries and car park and splash over to where boats dock on the island”, said the study.

“Other observations during the fieldwork include watching tourists who were trying to take photographs being tossed away by high-splash water from ocean tides. To minimise this impact, an alternative and better design, possibly using several dolos, can assist in building a defence for some parts of Harbour Island to ensure tourists' safety.”

Monwabisi beach, along the False Bay coast, was flagged as a “danger point”.

The study said: “It mainly services domestic tourists and residents and is located close to Khayelitsha, a township hosting predominantly and previously disadvantaged black and coloured communities.”

The study found “that due to erosion, the major road that links the beach road and Baden Powell Drive had been damaged and cut off. Further confirmations revealed that the road regularly floods.”

The researchers urged tourism managers to heed the warnings.

“Given the centrality of coastal tourism to the City of Cape Town, the study reveals that there is a need for tourism managers to pay serious attention to the impact of rising sea levels on their operations and business,” they said.

“New and improved management plans and risk assessments need to be undertaken at an individual site level so as to have a deeper understanding of the threats for each tourism site along the coast. This has to be done with a view to developing a risk-adjusted strategy that buffers sites against the impacts of climate change.

“The study further recommends future work and continuous monitoring of coastal weather so as to keep check of the adequacy of the risk strategies for the sector.

“Additional studies should focus on finding solutions to increasing sea level rise that is customised to the City of Cape Town. Further studies can also be conducted to investigate the impact of rising sea levels on destination perception.”

Sea level rise caused by global warming is already causing damage to public and private coastal property in Cape Town. In some areas retreat to ...
News
2 years ago

More than 1,300 items of litter a day on Cape beaches - during hard lockdown

The scourge of plastic and cigarette butts continues to plague Cape Town's beaches, even in the absence of people during the toughest levels of the ...
News
2 years ago

Environment minister Barbara Creecy has dismissed most of the appeals against last year’s approval of vastly expanded beach mining operations on the ...
Business
2 years ago
Next Article