We are not in a race over vaccines, says EU's Von der Leyen 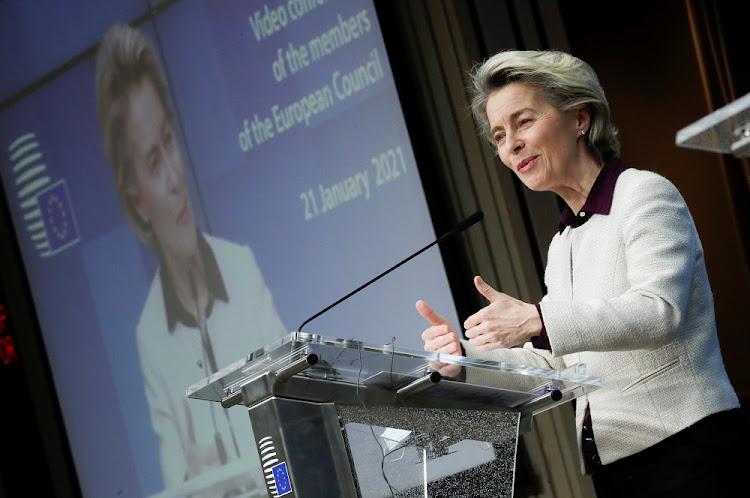 The head of the European Commission rejected suggestions that Europe was in a race to vaccinate its population against the coronavirus faster than other countries, saying that it was important to cooperate at this stage of the pandemic.

The long awaited first batch of covid-19 vaccines lands in South Africa today to give the country its first shot of hope in the battle against the ...
News
8 months ago

The European Union's civil service is under fire over the slow pace of vaccination in the bloc, with critics pointing to faster progress being made in Britain, Israel and the United States as evidence of a planning failure in Brussels.

"I think the only race we are in is with the virus and against time," Ursula von der Leyen told German television on Sunday evening, adding that she had agreed with British Prime Minister Boris Johnson that factories in both regions would deliver doses to each region.