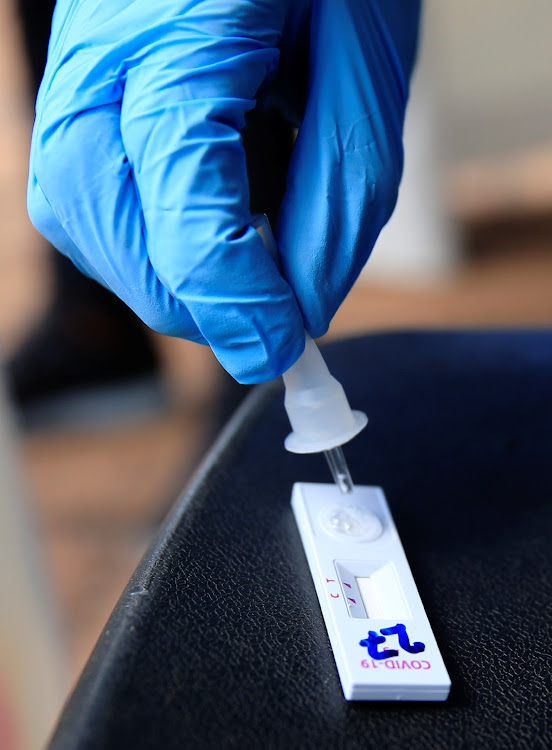 The Government has set aside US$100 million for the vaccines to procure around 20 million vaccine doses to immunise 60% of the population.
Image: REUTERS/Philimon Bulawayo

Zimbabwe has set aside $100 million (R 1.5 billion) to acquire Covid-19 vaccines but the government is still waiting for its scientists to recommend which type to buy, a state-owned newspaper reported on Sunday.

President Emmerson Mnangagwa's government, which is grappling with an economic crisis and acute shortages of foreign exchange, has been criticised for being too slow to announce its vaccination plans.

George Guvamatanga, the ministry of finance secretary, told the Sunday Mail that the government would use funds from a 2020 budget surplus and reallocate some of this year's budget to buy the vaccines.

When Zimbabwe's rich and powerful get sick, they often go abroad in search of the best treatment money can buy; ousted President Robert Mugabe died ...
News
1 year ago

Finance Minister Mthuli Ncube said in November that a budget surplus was expected for 2020, although final figures have not yet been published.

"The Government has set aside US$100 million for the vaccines to procure around 20 million vaccine doses to immunise 60% of the population, which will help us attain herd immunity," Guvamatanga said, adding that the government was awaiting advice from scientists on which vaccine to buy and where to procure it.

Zimbabwe, with a population of about 15 million, has seen a surge in COVID-19 cases. More than half of its total 33,273 infections and more than two-thirds of the country's 1,193 deaths have been recorded this month alone.

The country's health system has been crumbling for years and is now struggling to cope with the spike in cases. Among those who have died in recent days were two cabinet ministers, a retired general and other high-ranking officials.

Anger among overwhelmed medics is adding to broader public dissatisfaction with Mnangagwa, who pledged an economic revival after he took over from the late Robert Mugabe following a coup in 2017.