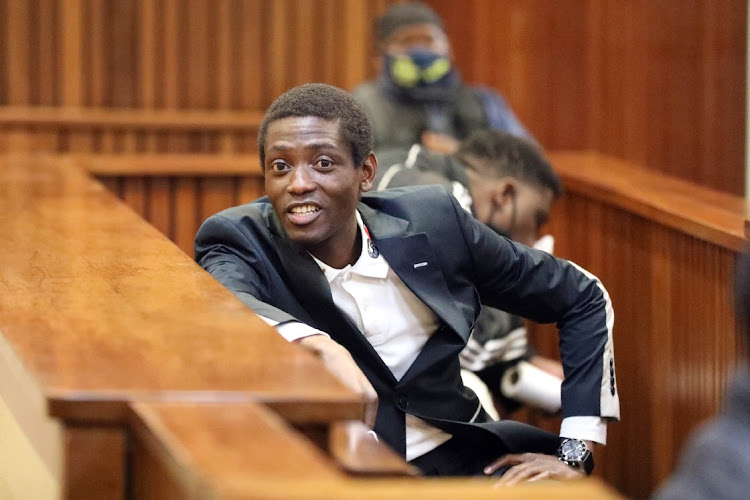 The conviction of the man better known as Mamelodi's Number 1 Tsotsi, Vusi “Khekhe” Mathibela, and others for the murder of businessman Wandile Bozwana on Thursday sparked a night of celebrations in Tshwane with people spinning their cars.

Their conviction ignited celebrations in and around Mamelodi township on Thursday night.

Some of the residents who spoke on condition of anonymity for fear of their lives said they were happy with the court outcomes, adding that they wanted to see the same happen with the notorious Boko Haram gang which has been terrorising the community by asking shop owners to pay protection fees.

The family of murdered North West businessman Wandile Bozwana says yesterday's judgment put an end to a long and painful journey for them.
News
1 month ago

At times, the gang would try get tenders on projects happening in the area.

“I wish the state could do the same with Boko Haram gang members to show that no one is above the law,” said one resident.

A taxi driver said: “I'm happy with the conviction and I can't wait for the sentencing and I will be there in the flesh. I wish the judge could give them a harsh sentence to show that crime doesn't pay no matter how much money a person has or how powerful a person is.”

On Thursday, the Bozwana family welcomed the verdict but said they wanted the four murderers to reveal the names of the masterminds behind Bozwana's killing.

The men are expected back in court on August 4 for sentencing.

The man dubbed Mamelodi’s “Number 1 Tsotsi”, Vusi “Khekhe" Mathibela, and his co-accused have been convicted of the murder of North West businessman ...
News
1 month ago

The trial against four men accused of killing North West businessman Wandile Bozwana hit a snag after their defence requested a postponement.
News
9 months ago

The man dubbed Mamelodi’s “Number 1 Tsotsi”, Vusi "Khekhe" Mathibela, says the state has no evidence linking him to the murder of Wandile Bozwana and ...
News
1 year ago
Next Article