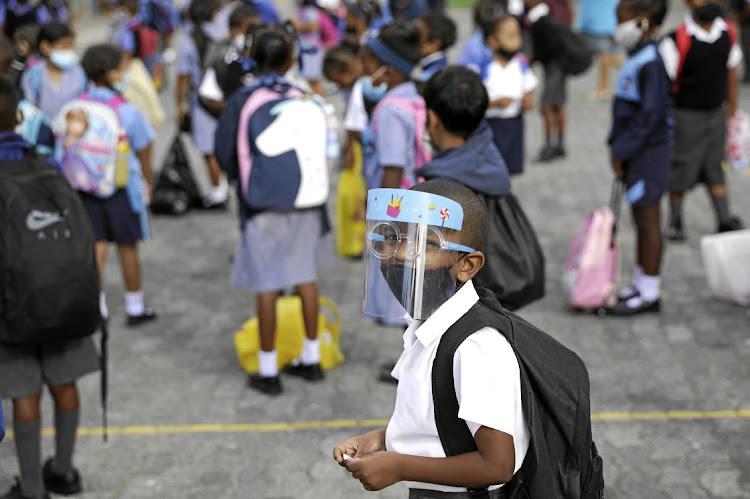 Pupils starting grade 1 next year will need to provide proof that they have been vaccinated before they are admitted to school, says Gauteng education MEC Panyaza Lesufi.
Image: Esa Alexander

The grade 1 class of 2022 in Gauteng will be required to provide immunisation cards to be admitted to schools.

This is according to Gauteng education MEC Panyaza Lesufi, who announced this during a press briefing on Sunday. Lesufi said this requirement will apply only to grade 1 pupils.

The Gauteng education department will open online and walk-in admissions for grade 1 and grade 8 pupils for the 2022 school year from August 10.

Lesufi said the process will be opened in two phases. The first phase, which will run from August 10 to Sep. 3, will be for grade 7 pupils currently in the Gauteng public school system to apply for high school.

“For applicants unable to apply from home or office there will be 47 decentralised walk-in centres. District offices and head offices will also serve as walk-in centres,” said Lesufi.

He said before they applied, parents needed to provide accurate and detailed learner details to the schools where grade 7 pupils were currently enrolled. He said between Aug. 2 and 6 primary schools will verify and update learner details including cellphone numbers, IDs, and home addresses.

Gauteng's education department will monitor Covid-19 infections among grade 7 pupils to see whether it is possible for all high school pupils to ...
News
1 year ago

Parents will also be required to submit documents containing their personal information to the school they have applied to within seven days of their application. Lesufi said they required parents to identify five schools they wanted their children to go to.

He also announced that an education department team reporting to him twice a week were working on a plan to “re-engineer” schools in Gauteng.

“There will be a change of schools in Gauteng. We can't keep these apartheid patterns forever, we must break them,” he said.

He said they were piloting a school ranking system where schools would be given a 5-star rating similar to hotels.

"[This is] because there are good schools that are doing exceptionally well in the townships. I mean we've got one school in Diepsloot, they've given us 100% matric pass, but parents don't even want to look at that school just because it's in the township. I think we must change that mentality as well. And that school is performing much better than a school in Fourways,” he said.

“But besides that we are building beautiful schools in the townships, schools that have everything.”

Lesufi said once they have their plan in place the education department would engage in a consultative process about what the changes would look like.

* This article has been corrected to reflect that Grade 1s need immunisation cards to register for school and not Covid-19 immunisation certificates.