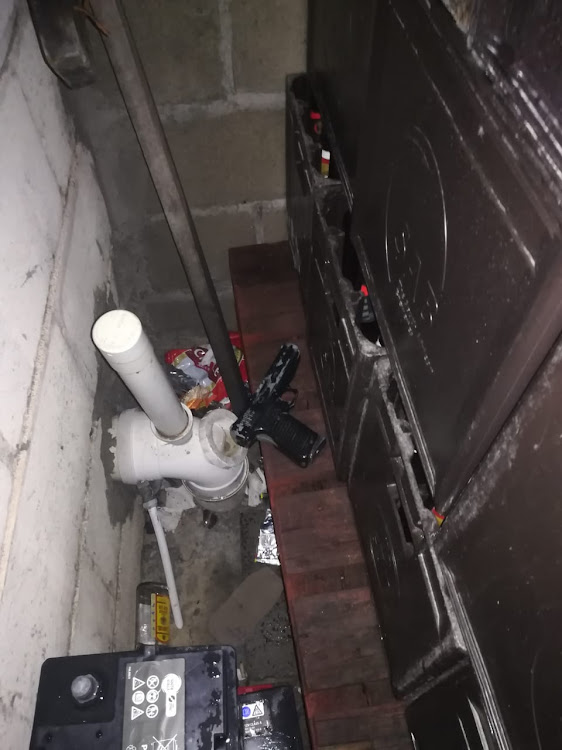 Suspects arrested in Khayelitsha will appear in court on Monday on charges of possession of unlicensed firearms and ammunition.
Image: SUPPLIED

Western Cape police spokesperson Capt FC Van Wyk said on Sunday the members deployed to the area to monitor extortion reported in the area, were doing patrols in Y block when they spotted a group  of men in front of a tavern in Khosa Street and approached them.

“The group immediately ran onto the tavern premises but was stopped by the SAPS members. Upon searching the individuals and the surroundings two unlicensed firearms and ammunition were found and confiscated.”

The suspects, aged between 23 and 39, were arrested and detained at Khayelitsha police station on charges of possession of unlicensed firearms and ammunition.

They are due to appear in the Khayelitsha magistrate's court on Monday.

Gauteng police this week seized 40 illegal firearms and more than 480 rounds of ammunition during various operations.
News
1 year ago

The name Boko Haram strikes so much fear in the township of Mamelodi among businessmen and foreign shop owners where a vigilante group has wreaked ...
News
1 year ago
Next Article