Hundreds arrested in Gauteng for not wearing masks, drinking in taxis, breaking curfew 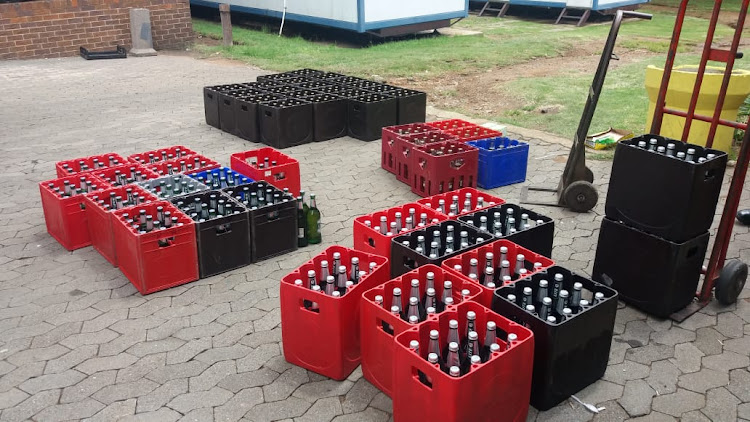 Two people found selling liquor in Orlando and Noordgesig, in Soweto, are among 50 people arrested in Johannesburg.
Image: Saps

Hundreds of people were arrested in Gauteng at the weekend for contravention of the Disaster Management Act, provincial police said.

Police spokesperson Capt Mavela Masondo said 48 people were arrested in Mamelodi, northeast of Pretoria, during the O Kae Molao operation for transporting alcohol, drinking inside a taxi, failure to wear a mask, driving under the influence of alcohol and breaking the curfew regulation.

Police arrested 92 suspects for crimes relating to possession of stolen vehicles, possession of drugs, dealing in drugs, assault with intent to cause grievous bodily harm and rape.

Two people found selling liquor in Orlando and Noordgesig, in Soweto, are among 50 people arrested for non-compliance in Johannesburg, Masondo said.

SA mulls expunging criminal records of lockdown offenders, but not for multiple offenders

Government is considering expunging the criminal records of people who have violated lockdown regulations, but it will not do this yet because it ...
News
2 months ago

He said more than 290 people were arrested for crimes relating to possession of drugs, common assault, malicious damage to property, contravention of an existing protection order, reckless and negligent driving, possession of a stolen motor vehicle, pointing a firearm, tampering with essential infrastructure, theft, possession of suspected stolen property and business robbery.

In the West Rand, about 200 people were arrested for contravening the act and driving under the influence of alcohol, Masondo said.

He said 300 people were arrested for murder, armed robbery, stock theft and possession of stolen property.

In Ekurhuleni and Sedibeng, the operation netted more than 46 suspects for contravention of the act.

Masondo said 330 others were arrested for house robbery, business robbery, assault,  assault with intent to cause grievous bodily harm, possession of drugs, reckless and negligent driving, malicious damage to property and domestic violence.

He said some arrested suspects paid fines after pleading guilty while other were expected to appear in courts around the province on Monday.