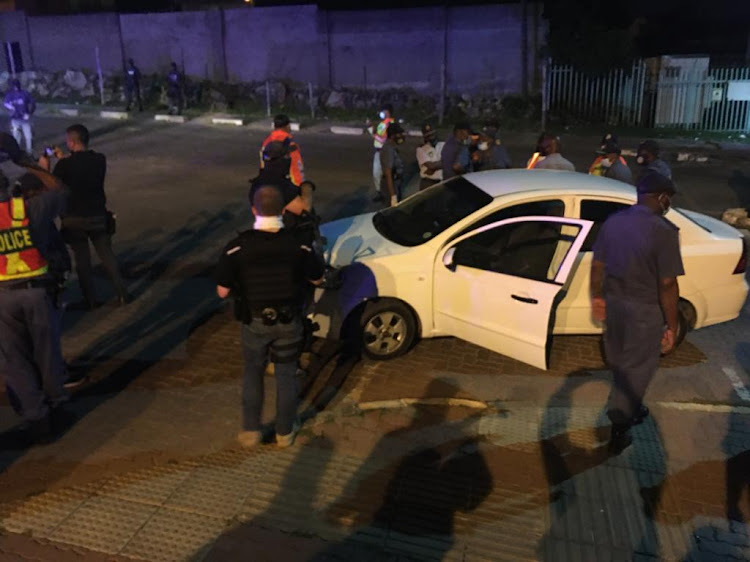 Police raided restaurants in Sandton and Pretoria on the weekend.
Image: SAPS

Police arrested the managers of two popular restaurants in Sandton and Silverton for selling liquor to patrons during the prohibition on booze sales under Covid -19 adjusted level 3 lockdown regulations.

A restaurant in West Street in Sandton, Gauteng, was on Saturday found to be “full to capacity and openly serving alcohol at the tables”, said police. Health protocols were not being observed. Two of the restaurant’s managers were arrested and charged with contravention of the Disaster Management Act.

Police also confiscated liquor to the value of about R600,000.

At Silverton in Tshwane, police were conducting routine patrols on Friday after the 9pm curfew when they noticed cars parked at a popular franchise restaurant. Officers found the restaurant operating and around 11 people drinking alcohol on site. In the storeroom alcohol in ice buckets was ready to be served. The manager was arrested.

Police in Gauteng also arrested 162 people over the weekend for failure to confine to their places of residence during the curfew, and 34 were arrested for failure to wear masks when ordered to do so.

A police officer has been bust moving liquor in a cop van, in direct defiance of lockdown laws.
News
1 year ago

Another 540 suspects were nabbed in Tshwane and Ekurhuleni by the integrated law enforcement agencies made up of the police, metro police departments and Gauteng traffic police.

In Sedibeng and the West Rand, 290 suspects were arrested for contravention of the Disaster Management Act and crimes including robbery, possession of suspected stolen property, rape, assault with intent to cause grievous bodily harm, attempted murder, possession of unlicensed firearms and possession of drugs.

Police management in the province said they are concerned about the extent of lockdown violations.

Police have had their hands full with peddlers of illicit substances.
News
1 year ago

“Operations to enforce the regulations will be intensified in the province as long as people fail to adhere,” said Mthombeni.

Many of the arrested suspects will appear in magistrate’s courts from Monday while others are out on warnings and fines.