Inmates, students and the dead among TERS beneficiaries 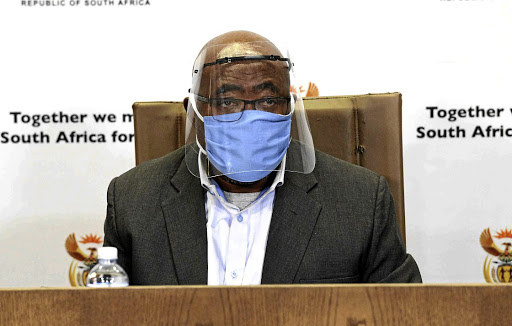 Inmates serving time, students funded by the National Student Financial Aid Scheme and deceased people were among those who were fraudulently paid by the Unemployment Insurance Fund Covid-19 relief fund.

Labour and employment minister Thulas Nxesi said this on Wednesday when he announced that the entire senior leadership of the fund, including its commissioner, CFO and COO, had been suspended.

The suspensions follow the release of the auditor-general's audit findings, which found serious risks and violations in the payments of the temporary relief funds. The Temporary Employee/Employer Relief Scheme (TERS) was set up to assist workers affected by reduced work time and salaries due to the Covid-19 pandemic and its lockdown.

The Hawks on Sunday arrested a 62-year-old man for allegedly pocketing R4.7m from the Covid-19 Unemployment Insurance Fund (UIF) temporary ...
News
1 year ago

Relief all round as UIF resumes Ters payments

Makwetu released findings of their real-time auditing, which his office was requested to do by President Cyril Ramaphosa on the government's Covid-19 relief expenditure.

Teboho Maruping, the UIF commissioner, was immediately placed on precautionary suspension as the breaches “occurred on his watch”, Nxesi said.

The AG found that fraudulent payments had been made to undeserving people, including  inmates, students receiving financial aid and deceased people, due to lack of controls and verification of details with other departments.

Nxesi said he took the breaches seriously and that a special task team including the Special Investigating Unit will be investigating and prosecuting all Covid-19-related corruption at the UIF, which disbursed billions since the lockdown in March.

“On basic controls, we were very clear to management [and] we kept reminding them that your controls have to always be up to date. That's why we are disappointed at the audit findings,” Nxesi said.

The UIF TERS had been in the spotlight following a number of apparent erroneous payments, including R4.7m deposited into the bank account of a retired 62-year-old Hammanskraal bus driver meant for his colleagues at Mega Bus and Couch company in April.

Another man, Tshepang Phohole, received a R5.6m windfall after TERS money meant for about 200 workers was deposited into his account. Phohole and several of his associates were arrested and about 28 bank accounts the money had been moved to were frozen.

Moreroa Leso appeared in the Pretoria Commercial Crimes Court this week and was released on R2,000 bail after he spent about R100,000 of the money deposited into his personal bank account.

Makwetu found that the UIF TERS had made over-payments in other instances, as it seemingly didn't exercise proper controls and audits before making payments.