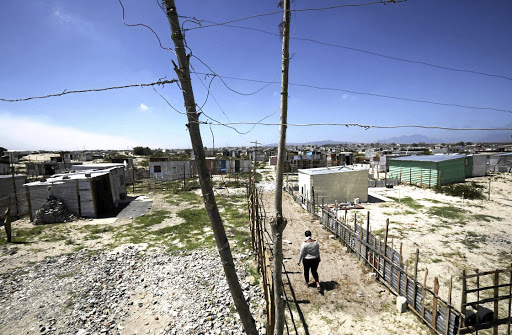 A manhunt is under way for three gunmen who brazenly shot seven men in a Khayelitsha shack on Saturday night. Five died on the scene, with a sixth succumbing to his wounds in hospital.

Brig Novela Potelwa said the attack took place at the PJS informal settlement at about 7.30pm on Saturday.

Reports indicate the victims, aged between 29 and 36, were inside a friend’s home when three armed suspects entered the shack and started shooting, said Potelwa.

“Police have intensified the search for the suspects as the 72-hour activation plan for the mobilisation of resources was activated.”

Anyone who has information that will help in expediting the police investigation, is urged to contact the police on 08600 10111 or use the MySAPS App. All information received will be handled in strict confidence, said Potelwa.

'It is a crisis': Ravensmead under siege as 11 shootings leave five dead in just a week

Western Cape Anti Gang Unit detectives, meanwhile, are investigating a triple murder case as well as an attempted murder after a shooting incident that left three people dead and one injured on Friday evening in Ravensmead.

Suspects in a white vehicle had pulled up in front of the Eureka Estate residence and fired shots.

Police responded at 9pm and found the bodies of two 16-year-old youths and a 45-year-old man outside the house.

A fourth person, aged 18, who was injured in the shooting, had already been taken to a medical facility for treatment.

In a third incident, Delft police responded to a shooting in an open field at the back of Liesbeeck Street in Leiden on Friday evening. A 29-year-old man was shot dead by unknown suspects.