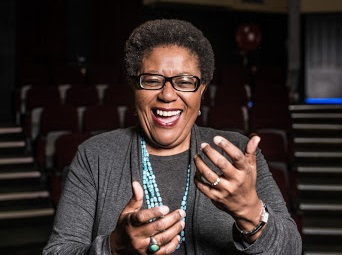 Fans have been sharing clips of performances by the legendary Sibongile Khumalo, who died on Thursday.
Image: Waldo Swiegers / Sunday Times

News of the jazz icon's death broke on Thursday evening, with condolence messages and tributes flooding social media. The star's family confirmed that she had died of stroke-related complications, aged 63.

Sibongile's death ignited nostalgic feelings in her fans as the TL was flooded with clips from her many, mesmerising performances over the years. People have turned to her soulful music as they bid farewell to the iconic star.

The songstress loved music dearly and began her career as a music teacher before going on to win the hearts of Mzansi with her hits such as Mayihlome and Thula Mama.

Her music saw her perform for distinguished audiences at late president Nelson Mandela's 75th birthday, at the historic 1995 World Cup rugby final and on many other prestigious stages globally.

Here are some of Sibongile's top hits that captured Mzansi and the world's attention and affection.

This jazz song is from the album Immortal Secrets, which was released in 2000.

The song appears on Khumalo’s The Greatest Hits album from 2006.

This hit song came from the album Ancient Evenings, released in 1996.

The song is from her album Ancient Evenings released in 1996.