Vernon Philander will leave a hole 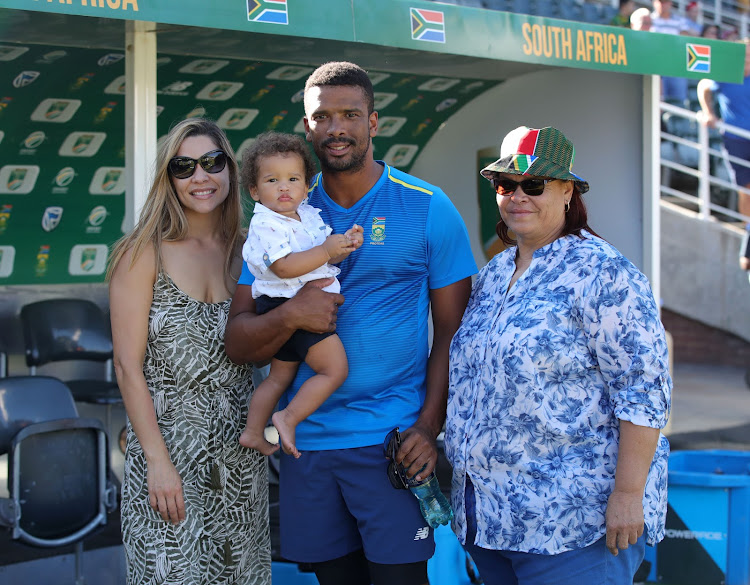 Vernon Philander poses with his mother (R) and wife and kid after his last match as an international player in Johannesburg on January 27 2020.
Image: Samuel Shivambu/BackpagePix

Life for Vernon Philander has never been about the promise of a pot of gold at the end of a rainbow.

So when he turned towards the dressing room upon his dismissal in South Africa’s second innings in their defeat against England and disappeared into the sunset, he took it in his stride.

He failed to bend the last Test, or in fact the series to his will, and was departing the stage having bowled just nine balls in England’s second innings due to a grade two hamstring tear.

The sheer force of his impact on the national game and Test cricket, however, is not in dispute.

He conceded 5000 runs in Test cricket but the stat that is worth noting is that he took his 224 Test wickets at an eye-watering 22.32. That places him in the pantheon of bowling greats.

“When you don’t have pace, you need other skills to come to the party,” Philander said.

“Over the years, you learn the more consistent you can be, irrespective of what pace you bowl at, you will be effective.

"We just have to make sure we are not just worried about pace all the time.

"We need to make sure we are nipping the ball and that we can swing the ball, because those are assets in the game that will make you a great bowler one day.

"We need to make sure we keep those skills alive.”

On that note, the resourceful bowling all rounder has had to fight his way out of the hard streets of Ravensmead. He’s had to be a mongrel with velvet glove skills.

He has the ability to manipulate the flight of the cricket ball few possess, while his unerring accuracy is an equally forceful ally.

Moreover, he’s always up for the fight.

“When you come from my sort of background, there are a couple of other skills that you get brought up with.

"Survival is one of them. You always find a way, irrespective of what the conditions are.

"That’s something I will always be grateful for, especially from where I come from. You always have to find a way to make it through in life,” the 34-year-old said.

He has mixed feelings about leaving a national team in transition.

“We are at the start of a new generation. It’s a pretty young team, a pretty new team and you have to allow people to settle into positions,” Philander said.

“We South Africans are pretty quick to criticise. There’s a lot of young players in the team and we’ve got to allow them a bit of time to settle in.”

Philander knows he was bestowed a unique skillset.

He’s happy to impart some of his gifts.

“I’d like to be a part of it, probably in a mentorship role, to make sure we the younger guys that are coming into the system are up to scratch,” he said about staying involved on the domestic scene.

First though, his South African sunset has enabled him to take up a three-year Kolpak contract with Somerset.

England completed a comprehensive 3-1 series win on the fourth day of the fourth cricket Test here on Monday.
Sport
1 year ago

South Africa suffered a huge blow on the cusp of lunch on the fourth day of the fourth cricket Test against England on Monday.
Sport
1 year ago

Proteas speedster Kagiso Rabada believes that keeping him cotton-wooled for the forthcoming limited overs leg of the England tour was a smart ...
Sport
1 year ago
Next Article